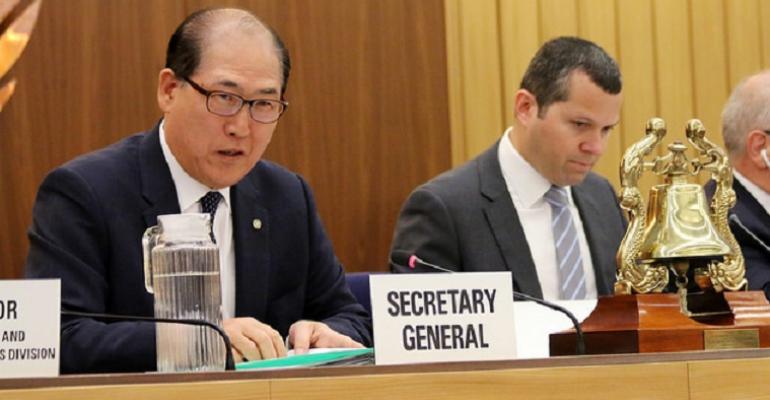 Observers are frustrated at the IMO’s decision yesterday to delay a decision on launch of the industry’s $5bn decarbonisation fund, which many in shipping believe is urgently required and for which some major shipowners have pledged their financial support.

The IMO’s Marine Environment Protection Committee (MEPC) has deferred plans pending further discussion on the operation and priorities of the fund until next year’s meeting of the Intersessional Working Group on the Reduction of Greenhouse Gas (GHG) Emissions from Ships. It will mean more months of delay for well over 200 research projects currently ‘on hold’ due to a lack of funding.

The delay yet again demonstrates the shortcomings of the IMO’s setup, according to some, who point out that the challenge of negotiating a consensus among 175 countries with a wide range of diverse interests will never facilitate quick decision-making. Politics can undermine any sensitive decision, even if it is for the greater good, they argue.

But they also point out that shipping’s quest for new fuels and other decarbonisation strategies has never been more urgent. This has ramped up even more in the days following COP26 in Glasgow. This resulted in renewed pressure on the IMO to tighten further carbon reduction targets that it has already set out.

At a webinar organised by London law firm, WFW, last week, ahead of the MEPC meeting, MSC’s Bud Darr, Group’s Executive Vice President, Maritime Policy and Government Affairs, called on the IMO to give the go-ahead for the fund, proclaiming that there was no time to lose. Let us get on with it and we will pay, he said.

Related: IMO in the spotlight at first post-COP26 MEPC meeting

The delay comes as one container line after another reports super-profits running into billions of dollars. As one source noted: “The industry has probably never been in a better position to help fund it.”