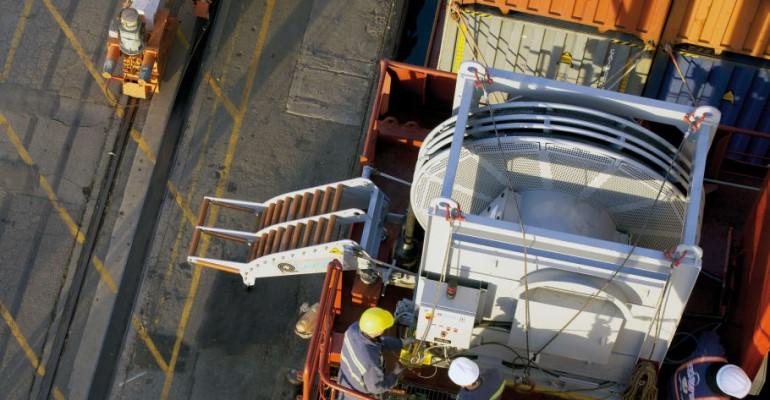 Ship operators whose vessels work in short-sea trades, on the coast, and on inland waterways, are not making the most of recent advances in electrical power sources that boost ship efficiency and cut emissions.

This is the view of Asbjørn Halsebakke, manager of Technical Solutions at Yaskawa Environmental Energy / The Switch, an electrical energy specialist now owned by Japan’s Yaskawa Electric Corporation.

Most of the ports visited by such vessels do not yet have shore connections yet, but neither do the vast majority of short-sea ships have their own adaptable electrical power systems to work cargo and cover hotel load. Instead, they must rely on carbon-heavy generators which affect air quality around the small communities that often surround such ports.

“Electrical power for coastal vessels making frequent port calls offers huge scope for emission reductions,” Halsebakke declared recently. “I believe that many operators are not aware of the potential benefits – in fact, I would go so far as to suggest they are missing a trick. They are not the only ones. The designers and builders of these vessels should be offering integrated electrical power systems as standard, but most are not.”

“We need to be ready for new energy sources on these smaller ships, and that is where electrification systems offer scope for integration and future-proofing,” he continued. “Take the DC-Hub, for example. Not only is direct current more efficient in most maritime applications, but the DC-Hub can integrate power from a range of sources – permanent magnet generators, batteries, fuel cells, wind, sun, and energy from new fuels such as ammonia and hydrogen.”

Related: UK calls for zero emissions from global shipping by 2050

Of course, there are also plenty of opportunities in deep-sea trades, Halsebakke noted, such as permanent magnet machines as a shaft generator together with a DC-Hub and integrated battery banks to support hotel loads and power requirements in ports where there are no shore connections. But he insisted that the potential in short-sea business, where port calls are more frequent and offer scope for battery charging and exchange, for example, is potentially far-reaching and available today. “It is potentially a major and immediate contributor to shipping’s decarbonisation,” he said.