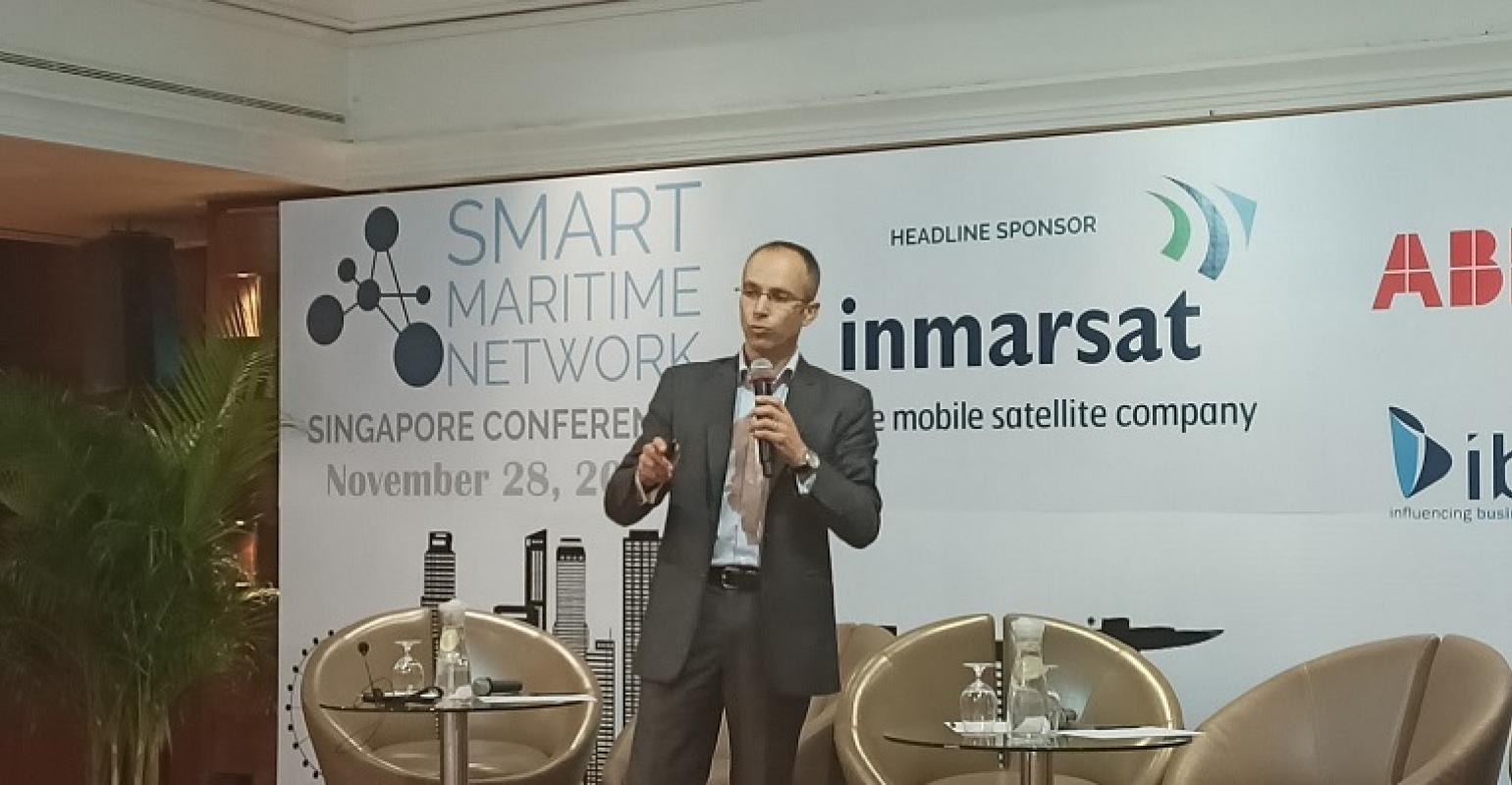 While cost and availability of bandwith have been a source of complaint from shipowners and managers this now changing according to Stefano Poli, vp business development maritime for Inmarsat (pictured above).

“From being a blocker to a certain extent, connectivity is now an enabler,” he told Seatrade Maritime News in an interview on the sidelines of the Smart Maritime Network conference in Singapore.

With greater connectivity data usage is increasing rapidly, and last month he said they recorded a peak from one vessel off South America of 3.3TB of data. “The average across the merchant base we recorded in the month October was 148GB that’s pretty high compared to the 5GB you had five years ago,” Poli explained.

Since 2019 Inmarsat has seen that the average time for a vessel to double its data consumption has been just eight months.

Inmarsat’s GlobalXpress (GX) service launched in 2016 now has some 8,000 units deployed globally with installations running at 200 – 300 per month.

To meet demand Inmarsat has just launched its fifth satellite in the GX constellation – GX5 – which Poli says has more capacity than the existing four in service added together.

“It’s going to operational early 2020 covering Middle East and Europe, from a technology perspective it’s a bridge between the first generation - the current four satellites - and the GX7,8 and 9 which will come live in 2023 which is a completely new technology,” he explained

Speaking about the launch of the latest satellite Rupert Pearce, ceo of Inmarsat, said: “This marks the first of eight launches in the coming four years that will grow our world-leading services to meet rapidly-expanding demand, connecting people around the world to reach their full potential.”