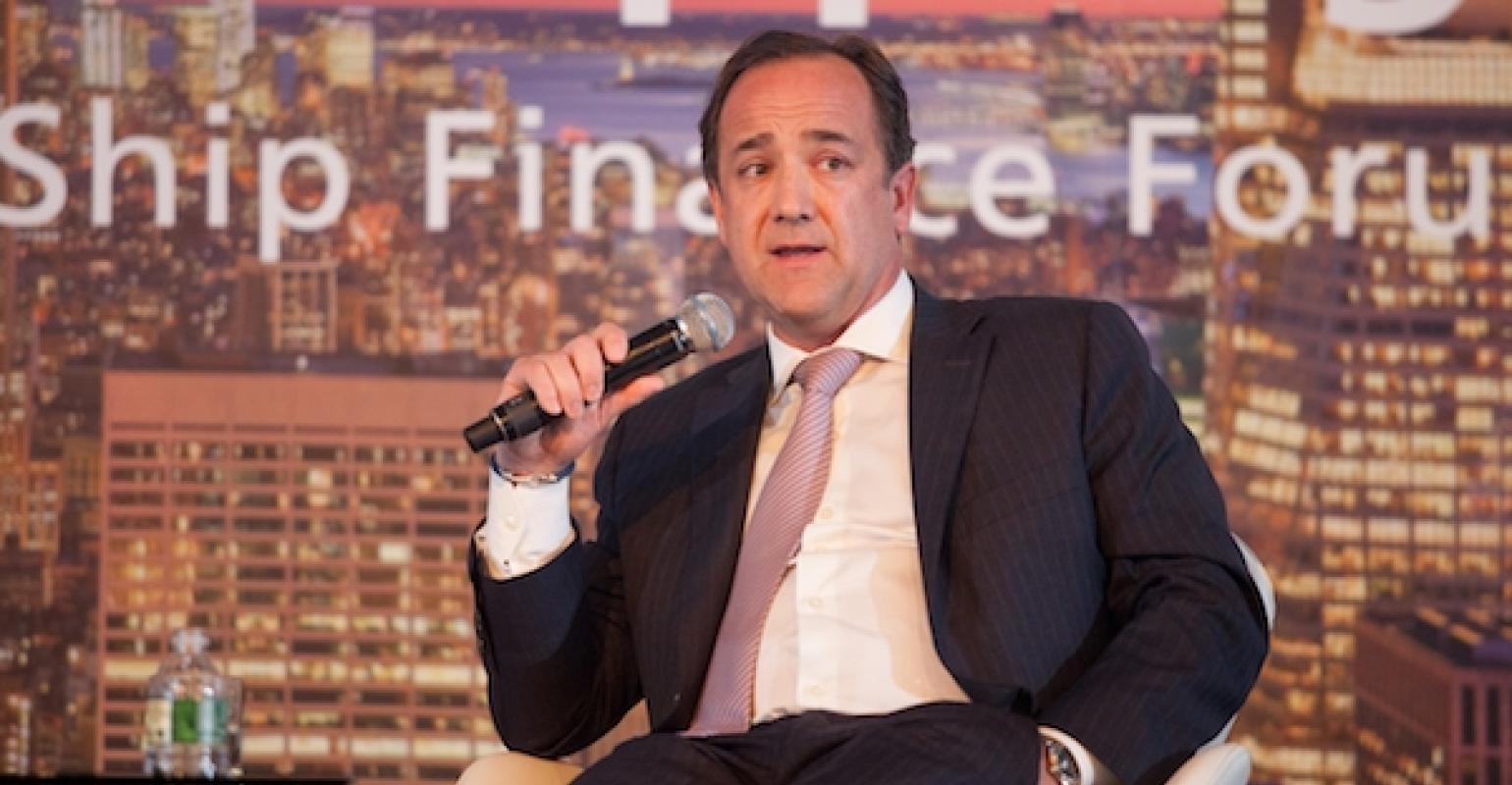 Genco ceo John Wobensmith
All of a sudden, there are deals in the air. The mood at the at last week's Marine Money 2018 conference, held over a span of three days, in New York was ebullient.

In contrast to previous years, where hordes of distressed investors in 2015, high priced lenders in 2017, or restructuring specialists in 2012, and even private equity investors in 2010 and 2013 seemed to be over-running the venue, this year’s event saw platoons (not armies) of commercial bankers, and investment banker types looking for deals.

This year, a new group - the tech fringe was in evidence, fitting in far more seamlessly than in 2000 and 2001 when Marine Money attempted to put bankers in the same room with dot-comers - a-non starter if there ever was one. Long time banker Dagfinn Lunde, now chairman of eShipfinance.com, a conference speaker, and accounting veteran George Cambanis (in the audience, now managing director of YieldStreet lent an august and calming nature to providing debt, as “FinTech” is increasingly infused into ship finance.

On the deal front, all eyes have been on a pair of upcoming equity offerings on the Nasdaq; a now temporized New York listing for shares in GoodBulk (with an OTC listing in Norway with symbol “BULK”) and a listing for Limited Partner units in the container arm of Navios (also trading over the counter in Norway, with symbol “NMCI”). Indeed, on the Deal Makers Roundtabl, panelist Todd Wilson, managing director at Jefferies, explained that “when companies begin to make money and return it to shareholders, shipping equities become much more investable space”.

Goodbulk’s fleet consists of 25 bulkers, 22 of which are capesize, while NMCI owns 25 containerships, in sizes mainly in the “baby panamax” sizes of 3,450 to 4,250 teu. The clock is ticking; Goodbulk says it has a deal in the works to acquire between three and five additional Capesizes from a seller described as “affiliates of a maritime investment fund unrelated to us” subject to its New York offering, with net proceeds projected to be around $129m, being completed by mid-July.

This excitement comes on the heels of strong successes at drybulk stalwart Genco, and tanker behemoth Euronav. Genco, listed on the NYSE (symbol “GNK”) completed a large follow-on equity offering in the days preceding Marine Money, with gross proceeds just under $116m.

The new bank facility (priced at LIBOR plus margins between 300 and 350, which extends debt maturities out to 2023, removes restrictions on additional debt incurrence and vessel purchase, as old ships are swapped out for newer vessels - mainly Capesize and Ultramax, at a time that investors believe that the market cycle has turned upward.

In the week prior to Marine Money, Euronav (NYSE: EURN and Euronext: EURN) successfully completed its acquisition of Gener8 Maritime, creating a large independent tanker owner with 76 crude oil tankers and huge war-chest, and conservative leverage metrics, that could fuel even more growth. In his remarks at Marine Money, ceo Paddy Rodgers stressed that EURN had significantly lowered the age of its fleet, with the concomitant improvement in fuel consumptions.

Going forward, his hope would be that investors would value EURN with a multiple (of earnings), the numeraire for businesses with long term staying power, rather than based on net asset value.

New entrant into US offshore wind with a long shipping heritage – GSL
Jun 14, 2021