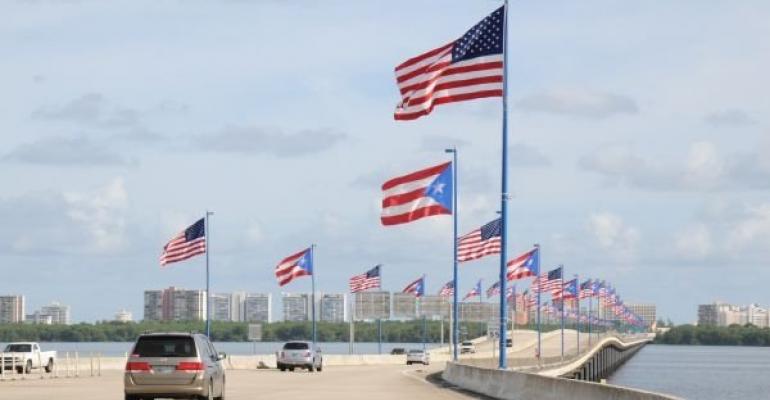 That peskiest of cabotage regimes, the almost 100-year-old ‘Jones Act’, US Federal legislation which reserves commerce along US coasts, and between the mainland, Hawaii, Puerto Rico and Alaska for US built, owned and crewed vessels, has again come into the spotlight.

This time the focus is on Puerto Rico.

Readers will remember that after the devastating Hurricane Maria in September 2017 which crippled all parts of Puerto Rico’s supply lines, the Jones Act was briefly waived. US carriers, notably Crowley and Tote, stepped up their efforts to resupply the island, not a US state, but is referred to variously as a “possession” or “territory” of the US and therefore subject to the mainland’s Federal laws.

The latest dust-up concerns the island’s energy supply at a time that its electric grid has been slowly patched up and the juice turned back on, 18 months after the terrible storms. The politics, the economics and the science, all intertwined are tricky and complicated, as the island’s debt riddled utility rebuilds.

The island has plans in the works for a renewable energy future, with natural gas imports increased, perhaps, along the path towards cheaper and cleaner power generation. These developments come at a time that resurgent US gas production (much of it tied to the opening of new shale fields previously unexploitable) has led to expectations of burgeoning US gas exports. But they won’t be supplying Puerto Rico. There are no Jones Act qualified LNG tankers in service, and costs to build such vessels in US yards are thought to be circa $500m per vessel (three times the cost of building in the Far East) or more – obviously a non-starter.

In December 2018, the US Customs and Border Protection (CBP) received a letter from the Governor of Puerto Rico requesting a 10-year waiver of the Jones Act for gas imports into Puerto Rico, which presently takes gas from Trinidad. In early February, in a rare show of bipartisan unity, as opposed to daily skirmishes between Democrats and Republicans, the US House of Representatives’ Committee of Transportation and Infrastructure, composed of both Dems and Republicans, sent a letter to CBP asking that the waiver request be turned down.

The legalities surrounding waivers usually turn to national defense reasons; the letter from the Committee to the CBP notes: “It is our belief that no valid national defense rationale exists to support this waiver request of the Jones Act for Puerto Rico, especially for a 10-year period.”

The very conservative Cato Institute, a noteworthy think-tank, offered that: “In an era in which Democrats and Republicans struggle for the common ground necessary to keep the federal government open, it’s notable and depressing that rare bipartisanship is found in shared opposition to a measure which would provide the struggling people of Puerto Rico access to cheaper energy.”

For now, the cargoes of LNG for power generation, if they flow, will likely emanate from Trinidad which has supplied southwest Puerto Rico under a 20-year contract inked back in the late 1990s glory days of Enron Corp.

Capacity at the present facility at Guayanilla will be expanded, after gaining recent regulatory approvals. An Excelerate Energy project to import LNG into southeastern Puerto Rico was recently scrapped in the wake of continuing financial problems at the island’s utility.

Meantime, Jones Act stalwart Crowley has a growing business of exporting LNG from its Jacksonville hub, in tank containers, to pharmaceutical users in Puerto Rico, through San Juan.