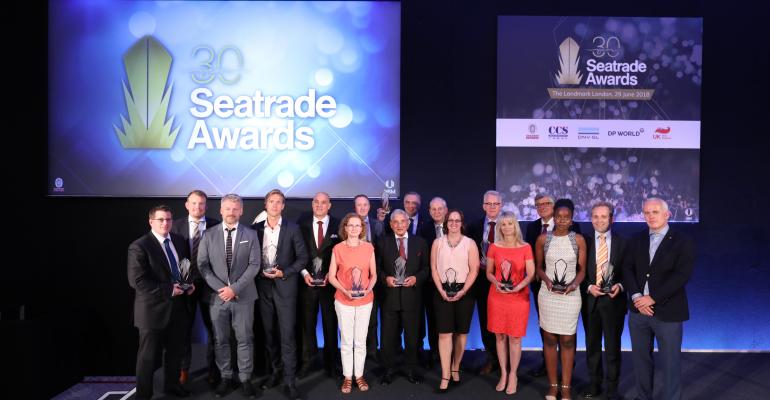 This year’s Seatrade Awards was a celebration of 30 years rewarding excellence across the shipping industry. The event had a celebratory feel which culminated in the last award which was given to Dr Ravi K. Mehrotra, CBE, Executive Chairman, Foresight Group for the Lifetime Achievement Award 2018.

A popular winner, Dr Mehrotra thanked his wife, the City of London and the Foresight Group before going on to give words of encouragement to the younger attendees in the room.

The other personality award winners included:

These were amongst esteemed figures and noteworthy individuals from across the shipping industry who gathered to honour the outstanding achievements and distinguished careers of winners at the Awards. Several guests who had attended over 20 of the 30 awards ceremonies each were amongst the 300-strong attendees, which included Chris Hayman, Chairman of Seatrade who, of course, launched the Seatrade Awards and has attended every one over the 30 years.

The ceremony took place at The Landmark London, Marleybone, and was hosted by Bob Jaques, Editor, Seatrade Maritime Review, in the presence of the guest of honour, Kitack Lim, IMO Secretary-General.

The awards, in time old tradition, remain a secret until the presentation ceremony and the winners are unveiled to great fanfare and celebration.

A full list of the deserving Seatrade Award winners can be found below: