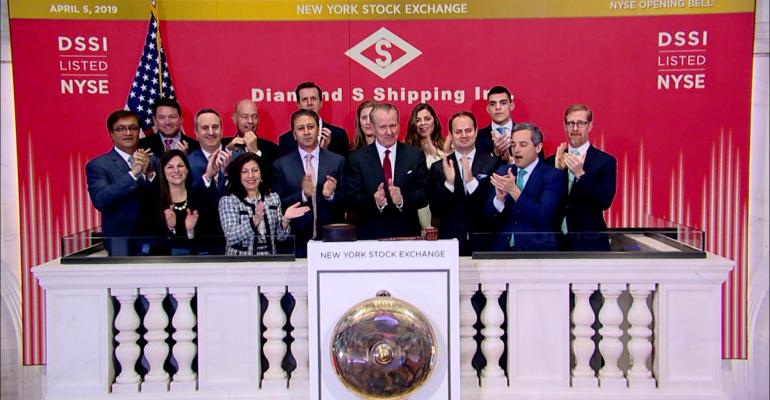 Like every other aspect of the shipping landscape, the role of “sell side” equity analysts covering the maritime industry is undergoing a major shift, notably with the discontinuation of coverage by Morgan Stanley in the US.

The overall changes surrounding coverage of share listed maritime companies was the subject of an online webinar hosted by Capital Link and moderated by its president Nicolas Bornozis.

Deutsche Bank analyst Amit Merhotra said: “I think you could argue that there’s probably too much coverage” of the sector, in response to a query by Bornozis, noting that the 50+ equity analysts following the sector “is a really high number when considering the market capitalisation and liquidity” of the listed companies.

Merrill Lynch’s Chris Weatherbee agreed, and added that the overcapacity of analysts goes beyond shipping. “Quite frankly the economics don’t support it,” he said. Weatherbee lamented, further: “We all get busy every few years…when the cycle turns…and capital formation picks up….but in the interim, there’s not an enormous amount for us to do”.

Throughout the session, a positive murmur surrounded mentions of the tanker sector. Deutsche Bank’s Mehrotra pointed out that: “Euronav, Ardmore and Scorpio Tankers are now trading at prices that are close to their Net Asset Values- this is the first time that has happened in over half a decade.”

Jefferies & Co. analyst Randy Giveans expressed his firm’s view that: “The supply demand factors are probably most attractive in both products tankers and crude tankers.” He cited several underlying factors including anticipated growth in refinery throughput capacity from April – August 2019, as well as “OPEC coming back…eventually,” and the slowdown in newbuild deliveries.”

Some of the positivism here was tied to IMO2020, which has attracted investors normally not looking at shipping stocks. Merrill Lynch’s Weatherbee said: “guys are getting pulled out of the energy markets” and looking at shipping “as an ancillary way to play this dynamic that’s coming up” in the next 18 – 24 months.

Mehrotra, from Deutsche Bank, in discussing product tankers, said “We see a large addressable market [with IMO2020] there’s a lot of high sulfur residual fuel oil that’s going to blended down…and that’s going to necessitate a lot more clean products that are going to have to move around the world.” But this flash of investor interest will not be permanent; “I think we have to realize that [these investors] will be visitors, rather than long term tenants in the space,” Weatherbee said.

Ben Nolan, from Stifel, said: “The institutional investor appetite is better than it was, and it is probably, in my opinion, IMO2020 related…translating itself into tanker shares interest, and some LNG” He noted that “…from what I am seeing, it’s generally focused on names that are bigger and have more liquidity.”

This theme, that larger companies - in Nolans’ context, with market capitalizations of $500m, or more - are more desirable to institutional investors, permeated many aspects of the discussion. Yet, as consolidation, and its challenges, was mentioned, Nolan, speaking of the social aspects of shipping company management, said, pointedly: “There are some [listed] shipping companies, that are not for sale, at any price.”