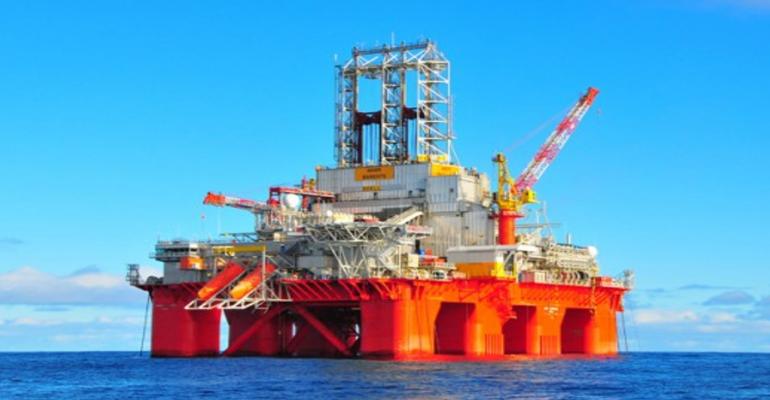 The business of offshore drilling and exploration, a close cousin of shipping, continues to generate business combinations, also known as “consolidation”, against the backdrop of worldwide economic strength and oil prices remaining in their sweet spot between $60 per barrel and $80 per barrel.

Once the numbers are crunched, the price works back to a little over $32 per share for ORIG holders - approximately 20% more than the average share price during mid/late August. All told, the price paid is around $2.7bn. The offshore exploration business saw a spectacular slump, beginning with 2014’s oil price drop, and only began to rebound in 2018.

During the lengthy slump, Seadrill, a John Fredriksen company, also restructured earlier this year, following a bankruptcy proceeding, while harsh environment specialist Songa Offshore, at one time closely tied to shipowner Arne Blystad, was struggling before being acquired, also by Transocean, in late 2017 as the consensus emerged that a bottom had been reached.

In the case of OceanRig, the previous group of shareholders, many smaller “retail” holders, had essentially been wiped out in a restructuring completed nearly a year ago, in Q4 2017, leaving its new equity in the hands of the larger holders - a group of distressed debt providers.

Transocean’s acquisition, which is expected to close in early 2019, has received a thumbs up from Evercore ISI’s James West, a top analyst in the offshore space. Writing in a flash note to clients, West said: “RIG has been optimistic that the high spec ultra-deepwater market could be the next to recover, following the harsh environment market where dayrates have doubled over the past nine months.”

Transocean president and ceo Jeremy Thigpen, was emphatic, saying in a prepared release that the ORIG acquisition: “better positions us to capitalize on what, we believe, is an imminent recovery in the ultra-deepwater market.”

In the Evercore ISI report, West works out that “RIG is paying $278m per "core" floater (eight) and we view this as a particularly attractive price for the four 7th-gen drillships (vs. our NAV range of $335-500m).”

The chartering strategy for the big “floaters” (drillships and semi-submersibles) is not disimilar to that of a shipowner positioning to ride a rising market wave. West’s analysis points out that “The ORIG assets will provide RIG with additional flexibility to respond to the improving market as only three (of nine) floaters are contracted” with the others in various forms of layup. As optimism continues to fuel more exploration for oil, the optimism of Transocean may indeed by borne out.