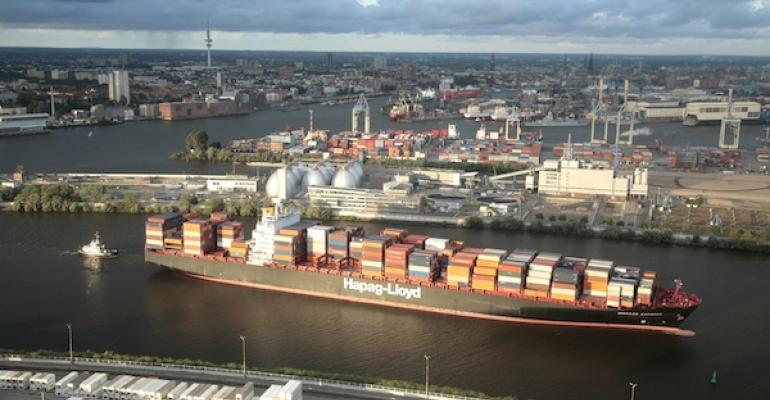 Distressed cargo from the fire hit containership Yantian Express will take two months to be discharged once operations get underway at a shipyard in Freeport, Bahamas.

Ocean Network Express (ONE), alliance partner of Yantian Express owner Hapag-Lloyd said that the vessel was now in a yard in Freeport, Bahamas specifically designated to received the containers damaged by fire and water from the firefighting operations on the vessel.

“The Port Authority is monitoring the preparation of the site and is yet to give their final approval to start discharge operations, which is expected to be received in the next few days,” ONE said in a customer advisory.

Once permission is given the liner company said it is expected that it will take two months to discharge the distressed cargo containers.

SMIT Salvage Americas has been appointed under a Lloyd’s Open Form (LOF) contract and cargo owners will have to provide salvage security for their cargoes to be released. There is also a General Average security demand, after General Average was declared on the vessel.

For container unaffected by the fire arrangements are yet to be made for their unloading.

“With respect to containers and cargoes which are considered unaffected by the fire incident, and are in a dry and sound condition, we are currently exploring the options and shall advise further on this aspect as soon as feasible,” ONE said.

The Yantian Express was hit by a fire starting in a single container, on 3 January in the Atlantic, the blaze spread to other boxes and the crew was forced to abandon the vessel with it taking a week to largely contain and bring the blaze under control.