Will 2018 be the year that LNG as a marine fuel comes of age? 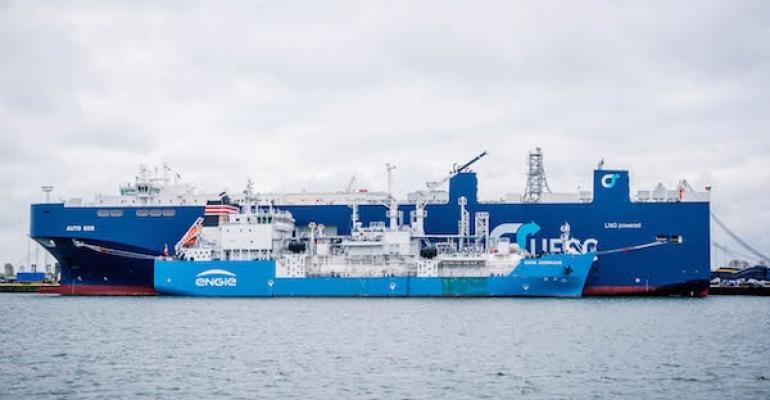 The current excitement being seen around LNG as a marine fuel is not the first time it’s been heralded as the fuel of the future, but that this time it really appears to be gaining traction.

The earlier part of the decade when the oil price was sky high pushing bunkers to $600 - $700 per tonne saw a lot of interest in LNG as an alternative marine fuel and bullish forecasts of its development were issued by the likes of DNV GL. While a small number of vessels, mainly ferries in Scandinavia, did adopt LNG it failed to take a hold as forecast, stymied by the sharp drop in the oil price.

However, October 2016 was to see a decision that was to provide a new catalyst for the adoption of LNG as a marine fuel – the IMO implementing a global sulphur cap of 0.5% for marine fuel from 1 January 2020, five years earlier than the 2025 date most had expected. This decision left owners with just three years to find an alternative to burning high sulphur heavy fuel oil (HSHFO) – the fuel of choice for the vast majority of the industry outside of emission control areas.

The result was 2017 saw a major upsurge in the use of LNG as fuel, and what had long been a chicken and egg situation witnessed developments in all parts of the supply chain.

An increasing number of ports are looking to develop LNG fueling infrastructure, the first LNG bunker tankers are starting to come into service, rules are being developed by classification societies, more and more owners are ordering LNG ready or dual fuel vessels, and oil companies are moving to supply the gas.

The most eye-catching announcement of all was CMA CGM’s decision to order eleven 22,000 teu containership newbuilds in China that would be LNG powered, with Total committing to supply the fuel. But there were many other announcements across the year – both big and small – with names like AET, Sovcomflot, UECC, Keppel and Shell.

According to Titan LNG some 11% of newbuildings ordered last year were “LNG ready” and it expects the trend to continue in 2018. “The team of Titan LNG is very much looking forward to 2018 as in the past year the stage has been set for a push in the adoption of LNG as a marine fuel beyond the tipping point,” it said in a review of 2017.

The Society of Gas as a Marine Fuel (SGMF) sees 2018 as a “tipping year” rather than a single point for the use of LNG as a marine fuel.

One only has to look at the slew of announcements by containment specialists GTT during Marintec China last month understand where the French company sees a significant portion of future business lying.

Of course LNG is not the only choice for marine fuel in the future that meets environmental demands. Owners can opt to continue to use HSHFO with scrubbers, to use gas oil or explore alternatives such as battery power.

Most industry observers expect shipping to a have multi-fuel future rather than the largely mono-dimensional situation the industry has had using HSHFO.

With LNG reaching a tipping point or year in 2018 it set to very much play a major part in that multi-fuel future.