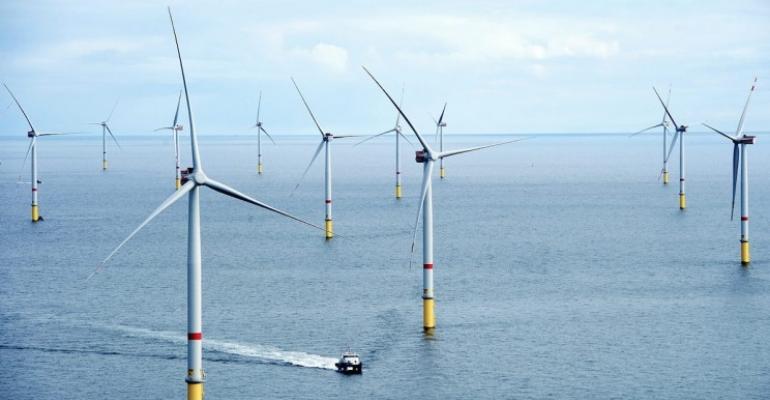 Though infrastructure sometimes makes it into the US news, perhaps more now as Donald Trump seeks to make it a signature issue, ports and port planning are generally at the less exciting end of the maritime spectrum, however, the offshore wind sector is whipping up some interest.

For many smaller ports, the excitement has dwindled even more rapidly than their cargo throughputs, as bigger and deeper “mega ports” capture much of the attention- and cargo flows. Population growth and industrial activity have shifted away from the northeastern United States over the decades.

Connecticut, with its main port at New London roughly halfway between New York and Boston, has remined a niche player rather than powerhouse it once was with the major commodities handled being refined petroleum products and breakbulk (steel and some lumber). The stagnant maritime situation led to organizational changes; now, the Connecticut Port Authority (CPA, formed in 2016) has embarked on a journey that puts it in position to capitalize on major trends in the energy markets.

While Trump’s plans for offshore oil drilling along the East Coast have met impediments, wind energy development is now hitting its stride.

In a recently announced public private deal, CPA and Gateway, which operates terminals in New Haven, will be partnering with Bay State Wind, a joint venture between regional energy provider Eversource (was previously Northeast Utilities) and Ørsted (was DONG, based in Denmark), on a $93m effort that will see the State Pier redeveloped in a combined public-private investment of $93m. Seabury Maritime LLC, headed by Ed Zimny- a onetime protégé of Malcolm McLean, part of Seabury Capital Group were the transaction advisors to the CPA.

The transaction will occur in two phases. Initially, the infrastructure of the aging New London facility will be upgraded. Then, in the second phase, Ørsted and Eversource will lease the State Pier under a 10 year agreement (with further options). There, the joint venture would be able to use the refurbished pier and staging area for assembling wind turbine generators and supporting the construction effort for an offshore wind project. Then they would launch an offshore wind project in the waters south of Martha's Vineyard, where a December, 2018 Federal lease auction netted the US Bureau of Ocean Energy Management (BOEM, the same agency responsible for leasing of tracts for offshore oil and gas drilling) more than $400m.

At around the same time, Ørsted had acquired the US based Deepwater Wind, a venture capital backed pioneer in the early acquisition of wind energy sites (including others south of Martha’s Vineyard) along the East Coast, in a $510m transaction. Deepwater Wind operates the first offshore wind farm in United States waters- a small installation producing some 30 mW of electricity, off the coast of Newport, Rhode Island. Its Revolution Wind project will provide 600 mW to southern New England – some 200 mW to be fed into Connecticut’s power grid.