The difficulties of enforcing regulations on the dangerous nickel ore trade 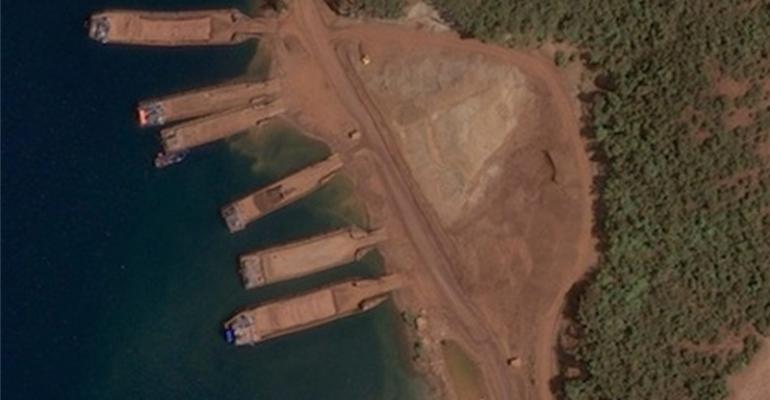 The extreme dangers of the nickel ore trade, where liquefaction of the cargo can cause a vessel to sink in a matter of minutes are, well known but enforcing regulations on this valuable business has proved to be difficult in remote mining and loading locations.

One is reminded of the DHL advert where goat farmers in a remote mountains are shown as the start of a global supply chain for cashmere sweaters, but the reality of the nickel ore trade from the southern Philippines, mainly for export to China, is a far grittier one that would challenge even the most creative advertising agency. This is despite nickel ore being a key compoment in one of the key green technologies – rechargable batteries. Although its largest use is in stainless steel.

In what is a multi-billion dollar trade there might be an expectation of sophisticated loading facilities with purpose built wharves and conveyors. But as Andrew Malpas, president and gm, of P&I Correspodent Pandiman Philipppines, explains the reality is a very different picture, something more akin to the “wild west”.

The mining and trade in the Philippines is centred around Surigao in northen Mindanao, a region currently under Marshall Law due to the long running Islamic insurgency in the region, which has worsened with the influence of ISIS. Marshall Law can make just visting the area difficult with foreign government travel warnings meaning travel insurance policies are not valid.

A Master with a vessel arriving in Surigao expecting a port with a pier and loading facilities is in for a shock. There are no loading facilities at the provincial port and the real loading point can actually be an offshore anchorage some 60 km away. The nickel ore is mined at open cast facilities, stockpiled on the beach and then barged out for transhipment to handysize and supramax bulkers. Should there be pier at all it could well be built out of the same commodity being shipped – nickel ore.

With the ore stored in the open, and the tropical rains that the reguarly lash the region, it is easy to see how the moisture content of the ore can become too high, potentially leading to liquefaction once the loaded vessel is underway. A change in weather patterns means that the traditional dry and wet seasons that the region experienced say 20 years ago are no longer as pronounced and there are often heavy rains all year round. This means it is no longer necessarily safe to ship cargoes even in the so-called dry season.

When the cargo undergoes liquefaction the vessels can sink extremely fast, in as little as 30 seconds according to Malpas, with major loss of life. Since 2010 there have been seven vessels that have capsized on the Philippines and Indonesia nickel ore exports trades. The most recent Emerald Star, that sank in Philippines waters enroute from Indonesia to China last year, saw the loss of 10 of the 26 crew.

Nickel ore is classified as a Group A cargo under the 2016 revision of the International Maritime Solid Bulk Cargoes (IMSBC) Code which should in theory ensure that cargoes are safe for shipment.

While mines or shippers are supposed to provide certification that cargoes meet the standards of the IMSBC Code in reality these tests do not meet the standard of the code. “Our current concerns are the method and quality of the certificate being issued by the mines and that the nickel ore is inherently unsafe to carry and analysis and results inadequate and not in line with the IMSBC Code,” Panidman said.

A recent circular from P&I club Skuld warned: “Very often the shippers' certificates are forged. The MC or TML declared by shippers are often inaccurate and the error can be as much as 10%.”

The circular added: “Local shippers/mines are very influential organisations and they are often armed. When a Master or local surveyors keep rejecting bad cargo, local surveyors might receive death threats from shippers. Moreover, dry cargoes can be placed onto wet cargo as disguise. From our experience, even for samples collected at dry season, they still failed the lab test.”

There is the simple “can test” described in the IMSBC which can be carried out alongside. In the test, which at best could be described as unsophisticated, one or two kilos of nickel ore is put in a tin can and banged on a hard surface around 25 times. If the ore starts to liquefy the cargo should be rejected. “The 'can' test is a rudimentary field test and does not supersede or replace proper analysis of the cargo for Flow Moisture Point and moisture content under controlled laboratory conditions,” Pandiman warned.

With a combination of remote locations, extremely basic storage and loading facilities, powerful mining companies, and nearly year round heavy rains the extreme risks of the nickel ore trade are not about to go away and shipowners need to be fully aware of both the issues and the rights they have.

As the circular from Skuld comments: “For example, the removal of off-spec cargoes itself cost several millions of US dollars; in the event of a capsize, the cost of the loss of life goes well beyond monetary terms.” It concludes that “prevention is always better than cure”.