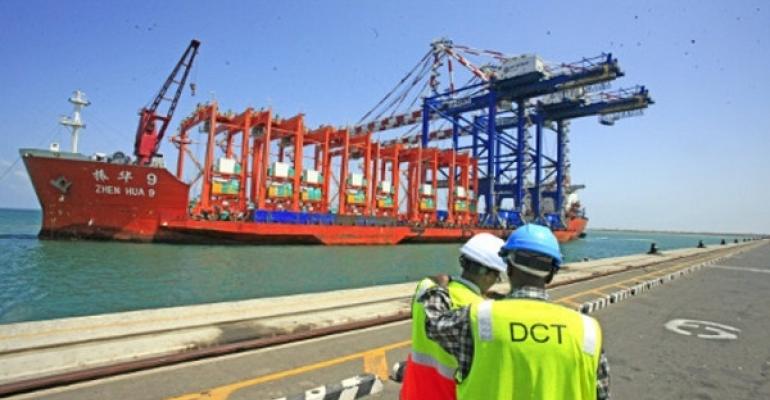 DP World has taken a small step forward in its tussle with the Djibouti government over the Doraleh Container Terminal. The international port operator said in a press release that an Arbitral Tribunal of the London Court of International Arbitration (LCIA) has confirmed the illegitimacy of the Government of Djibouti’s action of seizing control of the Doraleh Container Terminal (DCT) from DP World.

The LCIA tribunal has ruled that DCT’s concession agreement “remains valid and binding notwithstanding Law 202 and the 2018 Decrees”, DP World said. It recapped that Law 202 and the referenced decrees were devices enacted by Djibouti to seek to evade Djibouti’s contractual obligations, and added that these have been found to be ineffective in law.  “DP World will now reflect on the ruling and review its options,” it concluded.

The Djibouti government in February seized control of the terminal following what DP World claimed was the government’s campaign to force it to renegotiate the terms of the concession. Separately, these concession terms were earlier found to be “fair and reasonable” in 2017 by another LCIA tribunal.

Following the enactment of Law 202 in Djibouti, which purports to empower the government to terminate its infrastructure agreements, DP World was compelled to commence a new arbitration in February 2018 seeking a declaration that the concession agreement was valid and binding on the government. This tribunal has definitively confirmed that the concession agreement, which is governed by English law, remains binding and in force notwithstanding the Government’s purported termination of it under Law 202.

It remains to be seen whether the ruling will be enforceable. Singapore’s Pacific International Lines (PIL) in March signed an agreement with DCT that would increase its volumes by 33%.