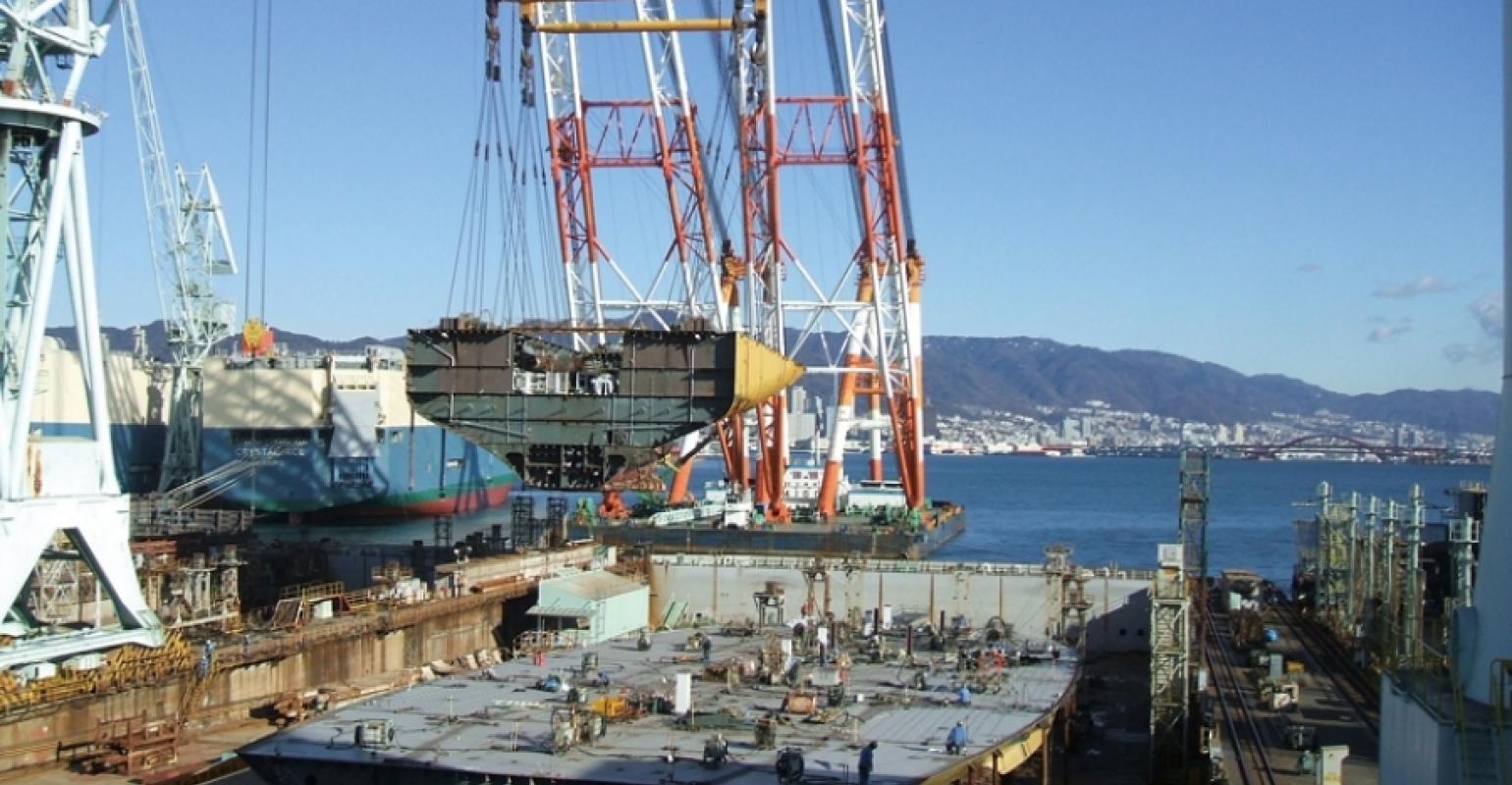 In something of a role reversal from when they overtook European shipbuilders in the 1960’s and 70’s Japanese yard executives are questioning subsidies and resulting low priced orders taken by competitors in China and South Korea.

While some recovery has been seen in the shipbuilding market low priced competition was of great to concern to leading Japanese shipbuilders speaking at Sea Japan 2018.

Chairing a panel session of shipbuilding executives, Hiroaki Sakashita, advisor to Nippon Hakuyohin Kentai Kyokai, used an analogy of warming bath water to describe the state of the market. “For the shipbuilding industry the water is getting warmer and warmer. But for it to exactly the right temperature to take a bath it’s going to take a bit more time,” he said.

Top Japanese shipyard executives gave a similar view. “I think the market was at its bottom in the summer of last year. More than half of the excess supply has been eliminated by 2020 it will be normalised” said Yoshinori Mochida, president of ship and offshore structure company for Kawasaki Heavy Industries.

Koji Okura, president of Mitsubishi Shipbuilding Co Ltd commented that in some segments ship prices were still sluggish, while some were rising but not by very much.

Okura raised concerns about low prices being driven by government subsidies to Chinese and Korean yards, which also mean they have a greater capacity to invest. He noted that Chinese yards were working with European partners to raise quality. Be subsidised by the Chinese government he said yards had “no hesitance to make investments and so quality would continue to rise”. He also said Korean yards had been able to receive large sized orders for LNG carriers because they were funded by the government.

On the issue of low priced orders he said it was a question for the WTO (World Trade Organisation) rules if subsidies should be accepted.

Tetsuro Koga, president of Mitsui E&S Shipbuilding Co Ltd commented that many Korean yards had faced managerial difficulties but now had government support. Looking to China he said that some yards had shut down but there was still some uncertainty as to what will happen next.