Upturn in the tug newbuilding market 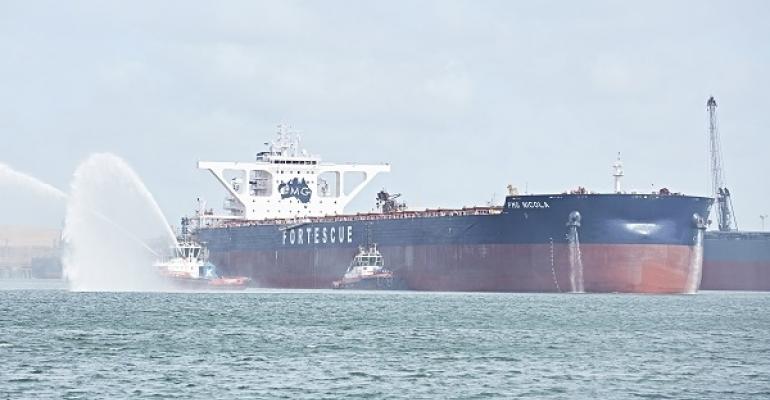 “All the shipyards are very positive,” Seatrade Maritime News was told by Willem Jan-Hamers, md of tug delivery company Redwise Maritime Services, “and I’m hearing the same thing from winch manufacturers both in terms of enquiries and orders.”

Jan-Hamers attributed the market revival to a catch-up effect since relatively few orders have been placed in the last couple of years, coupled with regulatory changes in certain countries.

For example, the Pilbara Port Authority in charge of Port Hedland port in the north of Western Australia, the world's largest iron ore export facility, has recently issued a second tug-operating license to Fortescue Metals Group (FMG), which as a result is taking delivery of eight new advanced Rotortugs - two delivered by Redwise and six by IMS, he pointed out. These are in addition to the 17 tugs owned and operated by BHP in Port Hedland, used to escort large bulk carriers along the narrow 12nm access channel to/from the open sea.

In total more than 400 delegates from 33 countries registered for the biennial technical conference, sister event to the larger ITS (International Tug & Salvage) exhibition which organiser the ABR Company – founded by the late Allan Brunton-Reed - holds in alternate years. Talks at Tugnology 2019 covered various aspects of tug vessel design, propulsion, operations and onboard equipment, with a notable emphasis on new solutions to optimise power consumption in order to reduce fuel burn and therefore emissions.

Sanmar sees this as just its latest innovation in the sector, after having built both the first LNG-powered and first remotely operated tugboats in the world, pointed out the company’s UAE-based representative Capt. Gary Dockerty.

Meanwhile, a teaming of Rotortug, Kotug International, and Tugpins was demonstrating outside the conference hall a prototype of its new modular caliper winch concept designed to improve safety of towline operations. “Simplicity is the ultimate sophistication,” commented Rotortug’s Marinus Jansen.

Conviviality of the two-day technical event was greatly enhanced by an Opening Reception held on a terrace of the Merseyside Maritime Museum overlooking Albert Dock, where the museum’s classic tug boat Brocklebank (pictured below) is moored, with delegates offered fascinating tours of the lovingly restored vessel by her volunteer crew of retired seafarers. In addition, IMS arranged an early morning charity run along the Liverpool quayside on both days, better acquainting the sports-minded with the full extent of the redevelopment of the city’s historic waterfront - also affording splendid views of the floating Liverpool Cruise Terminal outside the city’s landmark ‘Three Graces’ buildings, and of the Cammell Laird shipyard lying 1km away on the opposite bank of the River Mersey.