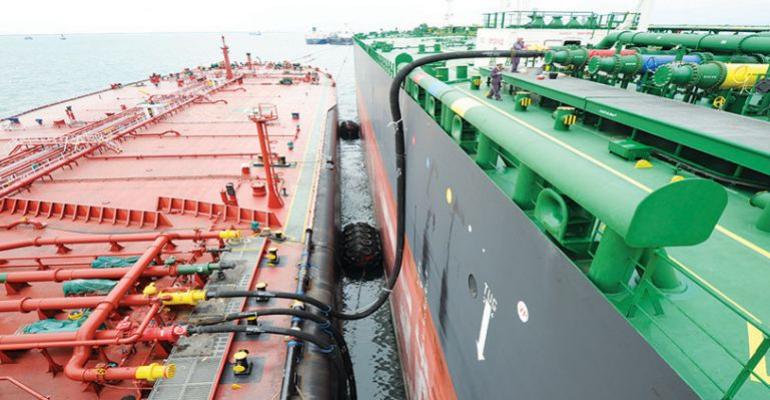 With the coming into force of IMO 2020 very low sulphur fuel oil (VLFSO) prices have surged since mid-December nullifying the discount to marine gas oil (MGO).

While both VLSFO and MGO prices have climbed steadily over the last few weeks, rises have been higher for the former with the two types of fuel now trading at roughly equal prices.

In Singapore, the world’s largest bunkering port, price indications for VLSFO touched a high of $742 per metric tonne (pmt) on 6 January, up from $720 pmt a week ago and $581.50 pmt a month ago, according to data from Ship & Bunker.

Looking back further, Singapore VLSFO prices had remained relatively steady at around $520-550 pmt between July to November 2019 before a sudden hike from mid-December as the IMO 2020 deadline was approaching.

Singapore MGO prices, on the other hand, was seen at $745.50 pmt on 6 January, up from $702 pmt a week ago and $594 pmt a month ago. MGO prices have also been climbing swiftly to go past the $700-mark within a two-week period since mid-December.

“For the time being, the VLSFO to MGO discount has vanished in Singapore with both bunker fuels currently sold at around $700 pmt. With such a price convergence, the apparent advantage of VLSFO goes out the window,” observed Adrian Tolson, senior partner at consultancy firm 20|20 Marine Energy.

Tolson, however, pointed out that MGO will not remain cheaper than VLSFO, for logic maintains that VLSFO will get increasingly cheaper as more of the product becomes available and as more companies and barges start delivering it.

Bimco stated in a recent note: “Whatever the underlying cause, the price levels for VLSFO and MGO have risen respectively by 30% and 24% from start of December to the start of January. Such price increases are quite extraordinary for the low sulphur fuels, which have been trading at relatively stable levels throughout 2019, as opposed to the more volatile HSFO (high sulphur fuel oil).”

On the prices of HSFO, Tolson believes that bulk wholesale or contracted HSFO is expected to get cheaper in major ports. He noted that end of year bulk wholesale HSFO prices were $250 pmt in Rotterdam and $300 pmt in Singapore, and this will likely decrease once refinery inventory builds.

For ships fitted with scrubbers, those who have procured their HSFO on a term contract basis would have made the right call. But those ships with scrubbers yet without supply contracts may be facing troubles getting reasonably priced HSFO.

“Translating the VLSFO-HSFO price spread into shipping terms, a ship burning 20 metric tonnes of fuel per day will effectively double its daily fuel costs from $7,400 per day to $14,200 per day when switching from HSFO to VLSFO. Such an uptick in fuel oil costs will surely have financial implications for many companies,” Bimco explained.

“Shipowners are most likely to be able to pass on the additional costs associated with IMO 2020 compliance when the balance of the underlying freight markets are favourable to them. With supply growth outpacing that of demand in all the major shipping markets, this is not currently the case. If current fuel prices are anything to go by, then the widening spread could have dire consequences for many shipowners, as many must carry the additional costs themselves,” Bimco added.