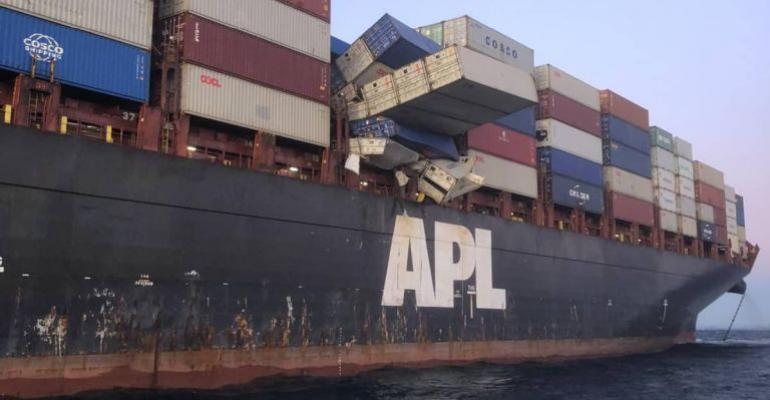 Australia has detained containership APL England in Brisbane port on Thursday night following the loss of about 40 containers off Sydney on Sunday.

The Australian Maritime Safety Authority (AMSA) stated that while inspections are still ongoing, they have found that lashing arrangements for cargo were inadequate and securing points for containers on the deck of the ship were heavily corroded.

“These findings constitute a clear breach of a requirement under SOLAS to ensure that a ship and its equipment are maintained so as not to present a risk to the safety of the ship itself or anyone onboard the ship,” said Allan Schwartz, general manager of operations at AMSA.

“The detention will not be lifted until these serious deficiencies are rectified. That is now a matter for the ship’s owner, ALP, and operator to rectify.

“These findings will form part of AMSA’s ongoing investigation and, while we do not want to pre-empt the outcomes of that investigation, it is already clear that the risk of this container loss occurring could have been reduced,” he said.

Schwartz added that AMSA expects the shipowner and its insurer, Steamship Mutual, to take responsibility for remediating any impacts of the incident. The insurer is currently engaging contractors to retrieve some of the floating containers.

The 2001-built, 5,510-teu APL England was en route from China to Australia when it experienced a temporary loss of propulsion during heavy seas off the coast of Sydney on Sunday.