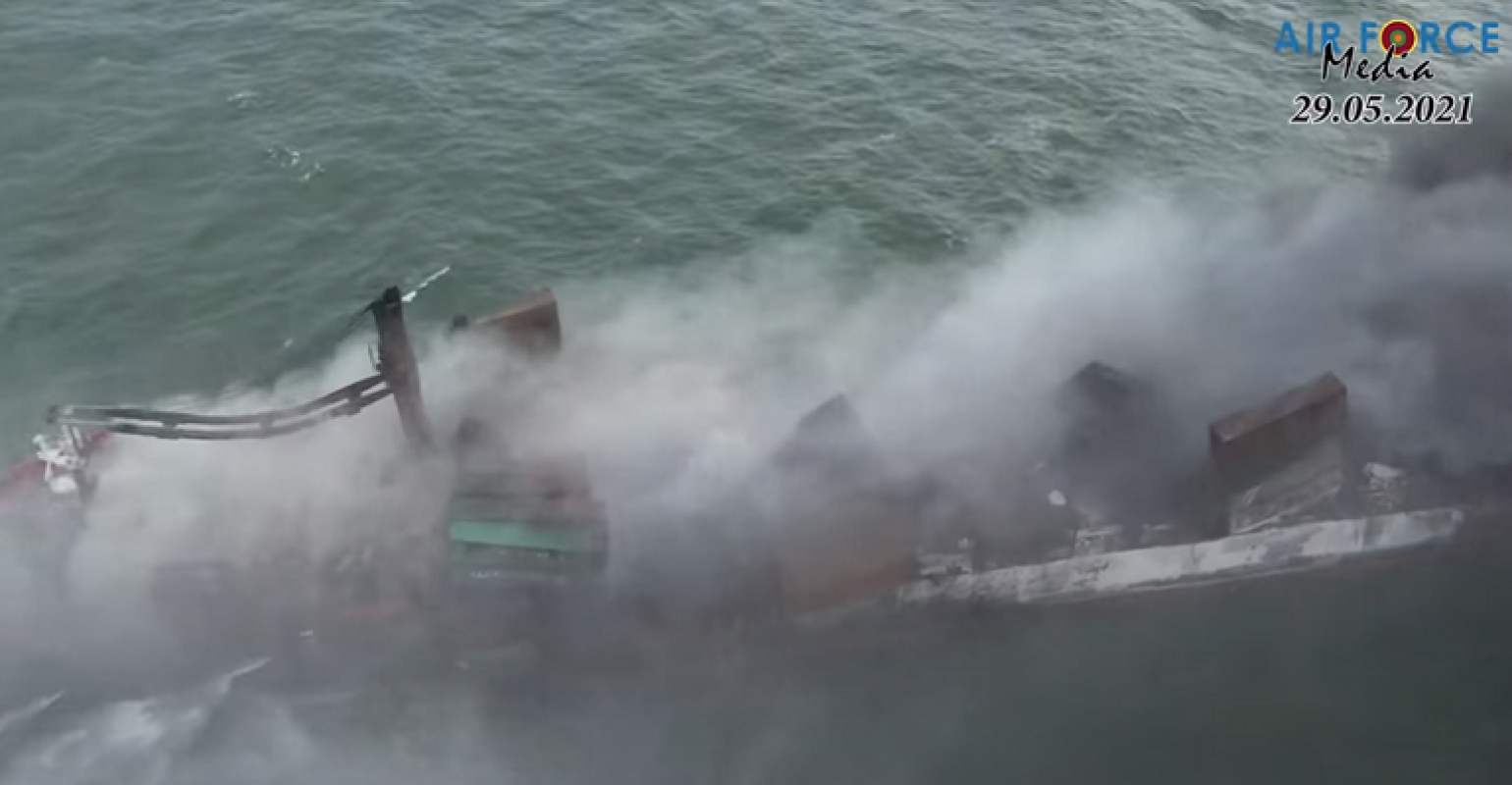 The fire onboard the boxship X-Press Pearl off Sri Lanka has been reduced and salvors have confirmed the hull of the vessel is intact.

Singapore-headquartered X-Press Feeders said the blaze onboard the containership, which started on 20 May, had been reduced to small spot fires on the aft of the ship on Sunday. Firefighting tugs assisted by the Sri Lankan Navy continued to spray the vessel.

As of 11-00hrs on 30 May salvors confirmed the vessel’s hull was intact and that had been no oil spill from the X-Press Pearl’s bunker tanks. There are fears the vessel could break apart and sink causing serious environmental damage.

Related: X-Press Pearl blackened and burning as cargo washes up on shore

“Salvors are also exploring the possibility of boarding the ship and making a tow connection so it can be moved,” X-Press Feeders said.

Video posted by the Sri Lankan Air Force on Saturday showed smoke continuing to billow from badly burnt hull and cargo of the vessel.

Meanwhile clean-up operations continued for cargo that had washed ashore and the Air Force said that more than 300 personnel had been deployed from 27 May to clear harmful wreckage and floating items on a 7 km stretch of coastline between Dungalpitiya to Pitipana.

“Contractors continue working with local authorities on their fourth day of shoreline clean up efforts to dispose of any debris that has come ashore safely,” X-Press Feeders said.