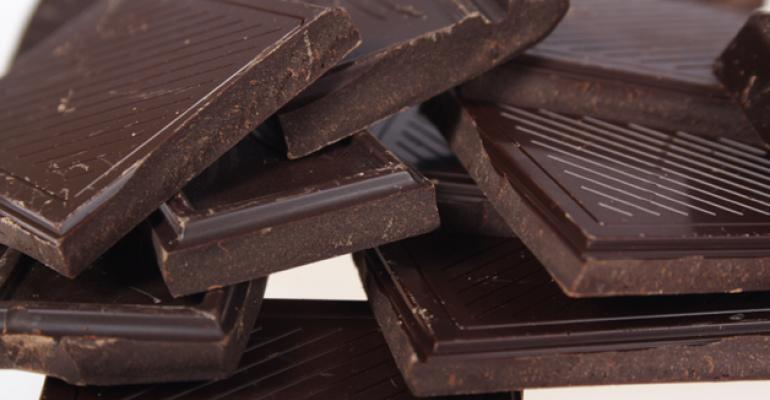 Just as farmers persistently complain about the weather, shippers are never satisfied.

It was a dinner that became distinctly chocolate-flavoured as I was seated alongside the UK’s then biggest chocolate exporter, who spent about two hours (it felt longer) whining about the cost of shipping his product around the world. This was itself curious, because at that time the container lines were suffering one of their most prolonged periods of appalling results, with quite ridiculous rates and boxes being filled with improbable cargoes, just to get a tiny return on their eastbound leg.

But just as farmers persistently complain about the weather, shippers are never satisfied and this chap finally admitted that it was only the rock-bottom rates that enabled his chocs to be shipped to the other side of the world and sold at a profit. Shipping, famously said Dr Martin Stopford during one of these endless lean years, was becoming regarded as a branch of the social services, free at the point of use.

Now, of course, the boot is on the other foot and the customers are getting stupendously angry about their shipping costs, demanding everything from government interventions to the unleashing of the competition authorities to control the “price gouging” they allege is taking place at their expense.

If you look at these things from a historical point of view, there is a sort of circle of self-harm about these peaks and troughs, admittedly skewed out of alignment by the pandemic. You might suggest that if the lines had not found it almost impossible to make a reasonable return, they would not have been forced to construct larger and larger ships, chasing the moving target of lower unit costs.

They have built these monsters, faster than the ports can easily handle them, dumping their vast loads onto crowded terminals that have struggled to cope, no matter how many monstrous shiploader cranes and ground handling machines they have provided. It was calculated, when the first 20,000teu vessels appeared, that to accommodate the moves associated with just one of these ships in a major European port, something in the region of eight feeder ships, 60 trains, half a dozen barges and nearly 2800 trucks would be required to facilitate the exchange.

Other pre-pandemic problems were already being caused by the slowdown in ship speeds to save the planet and the everyday difficulties caused by empties and the endemic imbalances on all the mainline routes. It was said, probably with some hyperbole, that the stack of empty containers at one north European port could, like the Great Wall of China, could be seen from space.

All ports were just beginning to come to terms with the advent of the giant ships or the resultant “cascading” of the smaller ships they had displaced, when the pandemic – the ultimate “Black Swan” event – cast its malign shadow over the world. The fact that the global logistics chain kept on running despite everything has been something of a major miracle, and those aboard ship and those ashore deserve far more credit than they have been given. Let us not even think of the consequences, had the ships stopped.

To listen to the furious denunciations of shippers’ organisations one might think that getting international transport back to some semblance of normality, and freight rates they might find acceptable, was just a matter of will for the lines and a bit of administration. But it is a long haul back from a situation where ports are still struggling with local lockdowns, labour shortages caused by sickness and quarantine. The imbalances are still monstrous , exacerbated by the haulier shortages and boxes being in the wrong place. Local events, such as the notorious blockage in the Suez Canal and giant ports in China suddenly being closed for quarantine reasons will clearly prolong the agony, but like the pandemic itself, the agonies of the shippers will be replaced by something more benign. Some 350 big container ships, anchored off and waiting for a berth is itself a notable brake on the supply chain.

Some might suggest that the shipping industry has finally discovered some financial discipline and has permitted the markets to give them some long-required advantage. It is perhaps more realistic to look at the newbuilding situation, with owners taking full advantage of the shipbuilders’ keen prices. The slide into normality and more balance won’t happen this year, but eventually it surely will. That’s the power of markets.