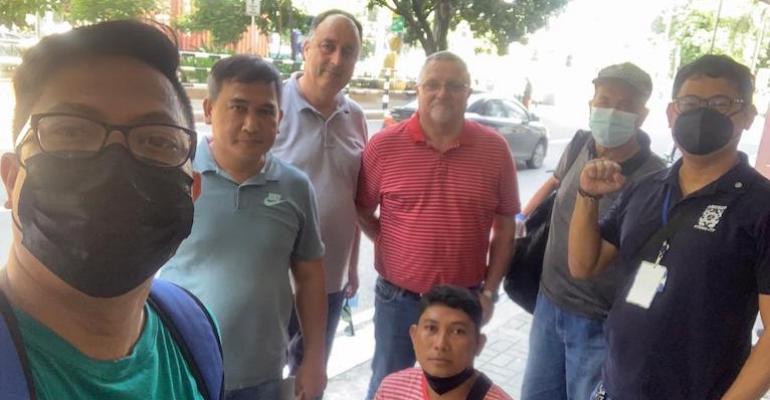 The Filipino Department of Migrant Workers (DMW) suspended the recruitment agency’s licence after the International Transport Workers Federation (ITF) highlighted that the illegal charging of placement fees to seafarers, as well as being placed on different vessels to those described in their contract, and failure to pay wages.

The charging of placement fees is banned under the Maritime Labour Convention (MLC) to which the Philippines is a signatory. Four seafarers - Ricardo Dagami Aya-ay, Ceasar Abes Jurilla, Toni Dawn Domanais de Guzman, and Felix Roondina Impas Jr, had been charged placement fees of $600 - $1,000 by Global Marine.

Scott Trowsdale,  Inspectorate Coordinator at the ITF, warned: “Seafarers should be very wary of an agency that charges a placement fee. Sometimes they break the law like this because they don’t expect to be paid by the shipowner. That should be a red flag – you may not be paid either.”

All four seafarers were placed on different vessels to those in their contracts and were also owed unpaid wages.

The four seafarers had been offered contracts on the 2009-built cargoship Clivia owned Malaysian company FG Marine Services, however, none were deployed on this vessel. Three were placed on the 40-year old vessel Maru, owned by Sinbad Navigation Company DMCC, and described as being in “terrible condition”.

“Ricardo Dagami Aya-ay, Ceasar Abes Jurilla and Toni Dawn Domanais de Guzman claimed constructive dismissal because their contracts bore no relation to the employment offered and working conditions aboard the Muru were so poor,” ITF said.

The fourth seafarer Felix Roondina Impas Jr  was placed on a small support vessel AM230, and later became ill and was repatriated. He did not receive sick, nor benefits for his medical treatment.

“It’s great that the Filipino government has taken this action and I hope our evidence convinces them to permanently ban Global Marine,” Trowsdale.

“But truthfully, this should never have happened. The manning agency system – regulated by the Filipino authorities – is supposed to protect seafarers from unscrupulous employers. In the cases of these four seafarers, that system clearly failed. We’re demanding that the DMW takes a tougher line with corrupt agents so that this kind of worker abuse cannot happen again.”