China closing in on Japan as world's largest importer of LNG 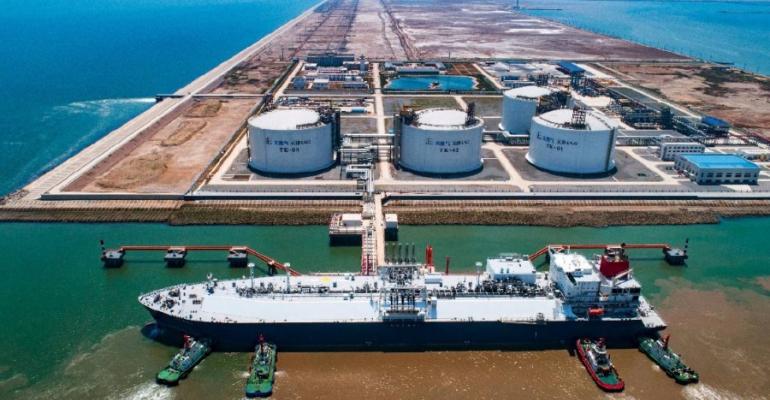 China is closing in on Japan as the world’s largest importer of LNG mainly driven by the government’s environmental protection requirements, the increasing demands of LNG consumption, and the development of new LNG terminals.

In 2018, China’s imports of LNG soared 40.4% year-on-year and recorded 53.8m tonnes, according to figures released by the General Administration of Customs. Japan, the world's largest importer of LNG saw a 1% drop last year to 82.9m tonnes.

Based on the statistics from Banchero Costa Research, China retained its position as the world’s second largest importer of the commodity after Japan, having overtaken South Korea in 2017.

China’s LNG imports in the first five months of this year up 20.4% year-on-year and record 23.9m tonnes.

To cater to soaring imports as of the end of 2018, China had constructed 19 LNG receiving stations across the country and more facilities are being developed to support the increasing demands.

At the beginning of this year, North Chinese port operator Yantai Port Group has signed agreements with two subsidiaries of PetroChina to jointly build the LNG receiving station at west port area of Yantai Port.

China Merchants Energy Shipping currently owns 12 LNG carriers according to fleet updates released in the company's official website. Cosco Shipping Energy Transportation has partially funded 38 LNG carriers, including 26 of which are under operation and are under construction as the end of 2018. CNOOC Energy Development a subsidiary of China leading LNG importer and producer CNOOC, is also seeking to expand its business in operating LNG carriers.