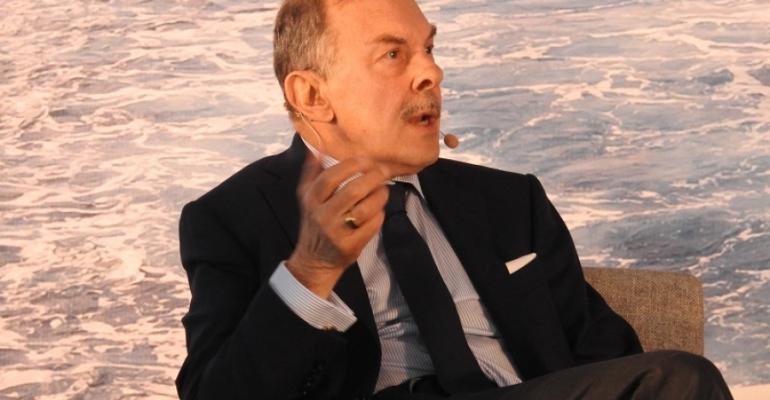 John Angelicoussis remains Greece’s largest shipowner by some margin for 2019 in tonnage terms with the number of Greek controlled oceangoing fleets of 1m dwt staying at 72 – the same as the record number in 2018.

Between them these 72 largest owners run 3,143 ships of a total 321.9m and now operate some 78% of the Greek-owned oceangoing fleet and just over 94% of its tonnage.

Read more: Greek shipowner 'tonne millionaires' up to 72 in 2018

Greece’s top dozen ownerships have not changed, and there has only been a minimal reshuffle and all, but one, of top 12 has grown their carrying capacity. The exception is the George Economou-controlled TMS/DryShips/Cardiff/Ocean Rig stable which has shed 24 ships and over 1m dwt and has slipped to fifth place. Indeed, the drop-outs aside just six ownerships have fewer ships and tonnage than in 2018

Angelicoussis’ Maran and its diversified fleet of tankers, gas carriers and bulk carriers is by someway Greece’s largest group, running 133 ships of 26.24m dwt, some eight ships and 2.1m dwt more than 12 months ago and is presently taking delivery of VLCC and LNG newbuildings, with the company’s bulker arm set to take delivery four 210,000 dwt bulkers over the next 12 months.

The New York-listed Angeliki Frangou/Navios remains in second spot regarding carrying capacity but runs the largest fleet. At 19.4m dwt and 210 ships, the Navios stable has grown 35 ships and 660,000 dwt in the past year.

George Procopiou/Dynacom/Dynagas/Sea Traders move to third, having added just on 2.28m dwt and 11 vessels, to make 117 vessels in the past 12 months, consolidating the group’s position among LNG operators, with 15 now in the fleet of 15.87m dwt. When it comes to LNGs the group is second to Peter G Livanos/GasLog’s 28 gas carriers of 2.345m dwt. The Vafias Group has 50 LPG carriers in a group fleet also containing 18 tankers and six bulkers.

One of Greece’s fastest expanding fleets is the Alafouzos / Kyklades Maritime Group, which is the biggest riser on the ‘tonne millionaire’ table, now sitting at position 47 up from number 70 just a year ago. From nine tankers and 1.119m dwt in 2018 the fleet now comprises 13 tankers units of 2.076 m dwt on the back of Oslo-listed Okeanis Eco Tankers.

Among the ‘tonne millionaires’, like Star Bulk / Pappas, Diamantis Diamantidis / Delta Tankers / Marmaras Navigation, has been expanding, acquiring tonnage, much of it from the bankrupt former ‘tonne millionaire’ Gregory Callimanopulos group and has grown his group by 2.623m dwt and 11 ships in the past year to come in with 9.34m dwt and 64 ships, 31 tankers and 33 bulkers .

Twelve of the large fleets have made significant growth, while just six have shed ships in any number.