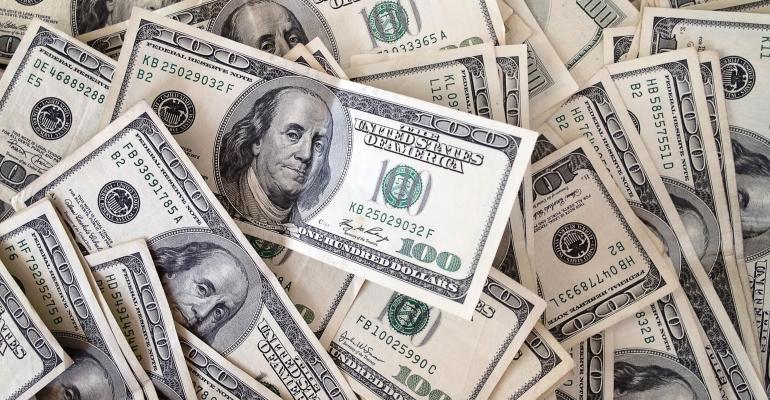 Last year was one of contrasts for the ship finance sector as the once dominating German ship finance market continued to contract with few banks remaining committed to shipping, while the competition from Chinese leasing continued to rise when it came to financing the key Greek shipping market.

In its 18th annual survey of the Greek ship finance market, Petrofin Bank Research, reports a slight decrease in bank lending to Greek shipping with the total portfolio at $53.18bn at the start of 2019, just over 1% down on12 months earlier reversing a heavy declining trend.

While Credit Suisse, BNP Paribas, HSBC, Citi, ABN Amro and ING remained the mainstays, “Greek banks, against all odds, showed a robust performance, even though they are still handicapped by the Greek economy and a high percentage of nonperforming loans in the non-shipping sectors,” notes Ted Petropoulos, founder of Petrofin.

He says the Far East and North American share of the Greek market continues to rise, though failing to fully counterbalance the decline of German and UK banks.

“Main competition to banks lies in Far East leasing. Chinese lessors have strongly developed and have also begun to address the requirements of smaller owners. The number of Chinese leasing companies has grown enormously and their finance cost has declined to being on par or even lower than banks,” said Petropoulos.

He said banks have responded by primarily dealing with their own proven clientele, “Hardly considering any new clients. Often owners have no choice but to rely on leasing to finance their newbuildings or acquisitions.

“Over the past couple of years, Japanese leasing companies have selectively provided finance to Japan linked clients, favouring those with a long record in dealing with Japanese shipyards and banks,” said Petropoulos.

The two tier lending market continues to dominate as a lending model. Top owners achieve low cost facilities with flexible terms whilst the smaller owners struggle to secure finance. Private equity funds in Greek ship finance is subdued largely because of their high cost despite offering higher loans than banks.

Petrofin reports that overall, bank margins have begun to slide as the emphasis is focused on size and quality. On the whole, however, most banks have enjoyed a secure loan portfolio with few nonperforming loans in respect of loans provided in recent years while banks which have nurtured bad loans have continued to offload them primarily to private equity funds.

Banks are becoming increasingly worried by the slowdown in international trade growth but fewer newbuilding orders and deliveries has helped counterbalance the declining trade growth though scrapping is still relatively low levels.

New 2020 fuel regulations, as well as the implementation of the Ballast Water Management system have added to the challenges of the shipping industry and the banks.

“Banks have also begun to look into the environmental issues related to shipping and their clients. As a result, loan approvals have become longer and uncertainty has grown further,” said Petropoulis.

Still Greek shipping has continued to grow and this underpins the interest of banks in Greek shipping. Over the last years, the Norwegian capital and banking market has developed strongly and has provided some solutions to Greek owners in financing, investment support, leasing/bareboat and joint ventures.

Petropoulos concludes: “The adjustment process by overleveraged and aggressive banks has come to near its end after 10 years with few banks nowadays nurturing sizeable bad shipping loans. As a consequence, the survivors of the contraction and the recent entries are expected to once again drive ship finance higher. The recovery though is expected to be slow, as banks are still constrained by capital restrictions and develop increasingly demanding risk and compliance departments.”