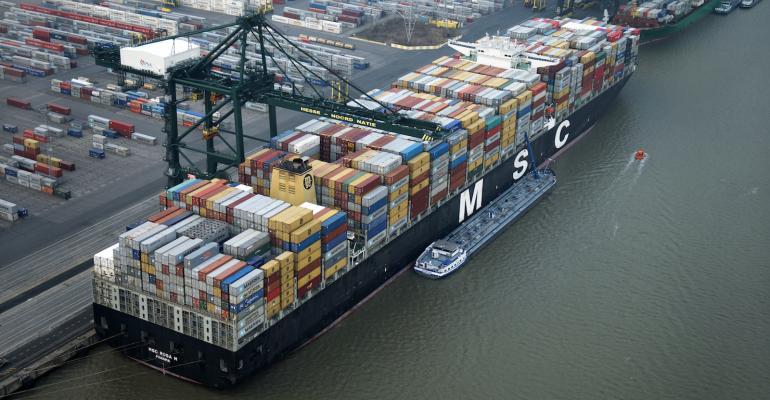 ‘Be careful what you wish for’ was in essence the warning delivered to those shippers who seek an end to liner alliances by a container analyst at the TOC Container Supply Chain event in Rotterdam this week.

Lars Jensen, chief executive and partner of SeaIntelligence Consulting, described calls to end liner alliances on the grounds that they have become anti-competitive – as claimed by an International Transport Forum report earlier this year – “dangerously misplaced” since they would only result in soaring freight rates.

he European Commission is currently considering whether to renew the EU Block Exemption Regulation (BER) covering liner alliances and vessel sharing agreements (VSAs) on container trades to and from Europe, due to expire on 25 April next year. Failure to renew that waiver would involve lines in expensive legal costs that they would be forced to recoup through higher rates, Jensen warned.

“And if shipping alliances are outlawed altogether,” he added, “then freight rates will skyrocket because alliances are the only way that carriers can operate ultra-large container ships (ULCVs) effectively.”

For example, partners Maersk Line and MSC would each have to offer less services and more restricted port rotation on Asia-Europe if their 2M alliance was disbanded and they had to operate their ULCVs independently, he predicted.

And for shippers using all but the most mainline ports, it would mean more transhipment of their cargo and “an enormous jump in freight rates,” he said.Therefore his conclusion is that “shippers should pray that lines are allowed to continue to operate alliances,” he told delegates at the TOC Europe event.