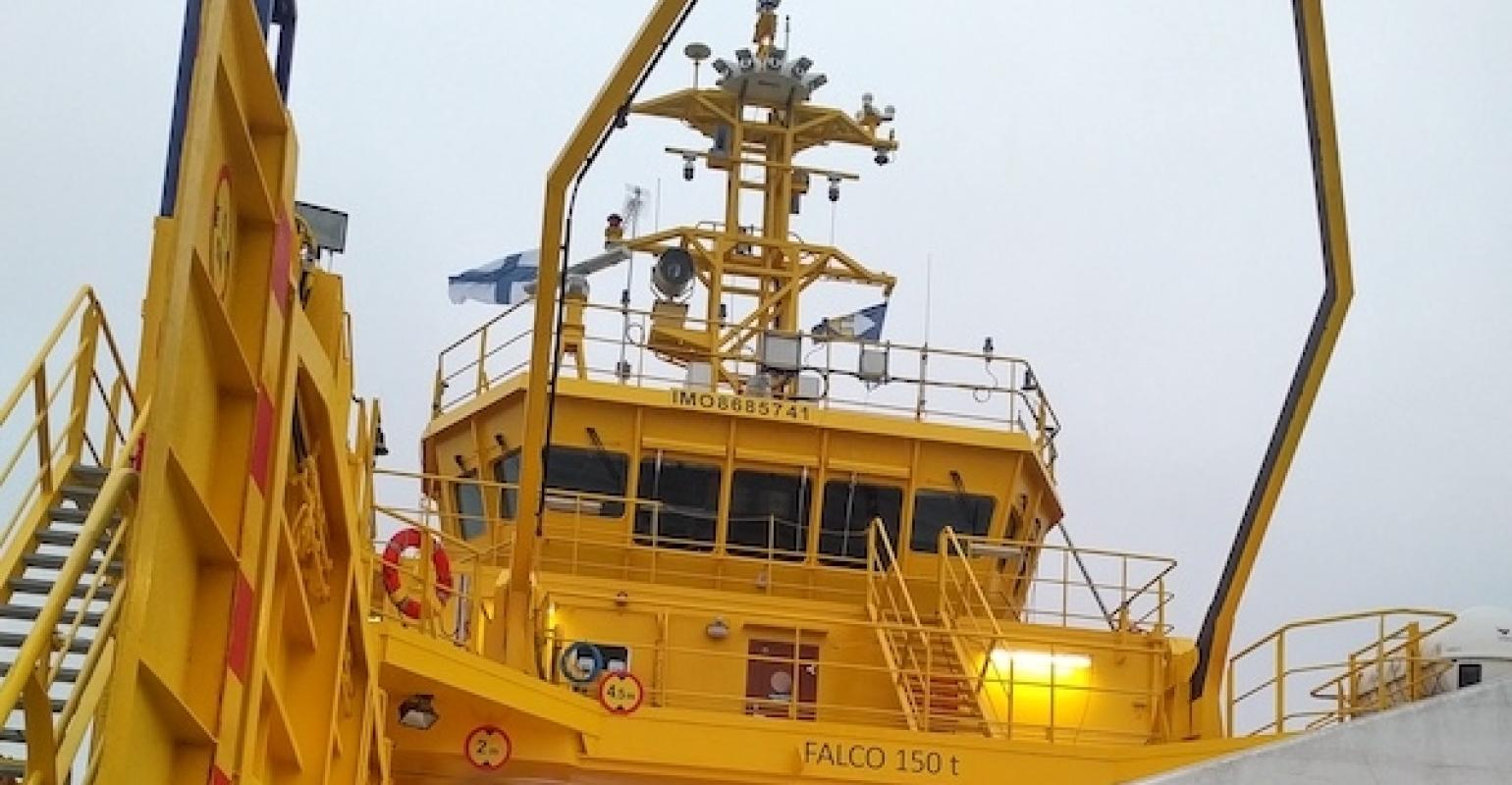 In what Mikael Makinen, Rolls-Royce President, Commercial – Marine, described as a ‘ground breaker’, close to 100 VIP guests attended the voyage of Falco, a 54-metre double-ended car ferry, between Parainen and Nauvo in Finland yesterday, the world’s first fully autonomous voyage.

Unlike other successful trials involving degrees of shipboard automation, the passage was completed fully autonomously, using sensor fusion and artificial intelligence to avoid potential collision hazards en route and the meticulous docking of the vessel, all without human intervention.

Pointing out that this was the first time that a fully autonomous vessel had navigated around obstacles using its own systems, Makinen said that the voyage was a clear demonstration of shipping’s direction of travel. Contrasting the successful passage with vehicle automation, Makinen noted key differences: this was not merely ‘cruise control’, ‘park assist’, or driving from A to B. This was complete autonomy on a real-time voyage, addressing potential hazards en route.

Oskar Levander, Rolls-Royce’s ship autonomy guru, said that the successful voyage demonstrated that new guidelines from the IMO on autonomous operation were now needed as a matter of urgency. His earlier prediction that the first successful autonomous voyage would be completed by 2020 had been beaten, he said, demonstrating the accelerating speed of development.

Read more: A commercial reality check for autonomous shipping in 2018

He pointed out that autonomous operation on deep-sea routes using wind-assisted bulk carriers sailing more slowly, for example, could potentially yield fuel savings of 50-60%. This could make the IMO’s 2050 carbon reduction targets potentially achievable, he said.

Details of the guest list were not revealed but representatives of key maritime sectors were known to be present. They included ship operators, designers and builders, ports, cargo owners, regulators, marine technologists and seagoing personnel. Rolls-Royce Marine is working with a number of key industry partners in the development of autonomous technology.

Levander remarked specifically on the interest shown by cargo owners. “If the shipowner’s customer wants it, then the shipowner wants it,” he said, adding that some of shipping’s end users were interested in having more control over cargo movement.