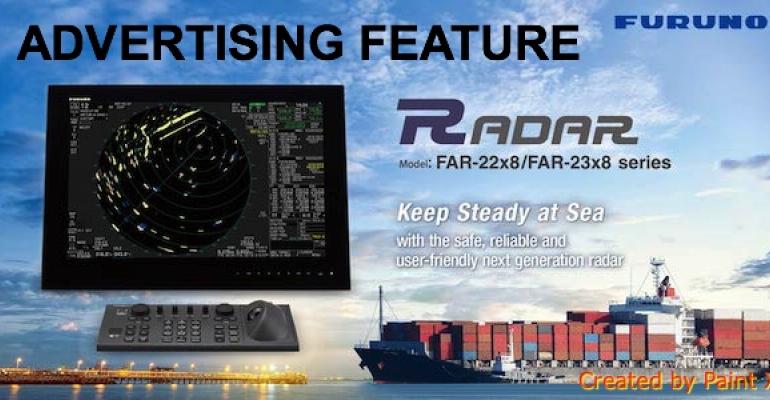 The new FAR-2xx8 series radar has come out from radar expert, FURUNO.

Main Features of the FAR-2xx8 series

·       InstantAccess bar™ for immediate access to the functions frequently used

Since 1959, FURUNO has been dedicating the best of its expertise and technological knowledge to the development of reliable and efficient radar for the safe voyage of vessels. In 1974, FURUNO received from NMEA (National Marine Electronics Association) the Best Manufacturer Award in marine radar category. With a rich experience in the maritime industry and a clear vision for the future of marine travel, FURUNO keeps on creating new generation ship operation experiences.

“We wanted to create simply the most long-lasting radar which could be fully utilized for no less than 10 years,” said Suminori Ekuni, development project leader of the FAR-2xx8 series.

He continued: “The FAR-2xx8 series is a successor model of the FAR-2xx7 series. With incomparable performance, easy-to-use interface design, maintainability and robustness, in many senses the FAR-2xx8 series can be considered as a whole new class of radar. While upgrading functional aspects, we attached importance to the comfort of use and that is why the FAR-2xx8 series inherits some parts of the user interface of FAR-2xx7 series, which many of our users are familiar with. We also added InstantAccess bar™ so that users can use short-cut functions such as ACE (Automatic Clutter Elimination) and Fast Target Tracking™ easily with just a single press of a button. Safety matters as much as performance.

Ekuni added: “Our latest digital signal processing technology and highly receptive antenna enables the FAR-2xx8 series to detect targets and show echoes with crisp image on your monitor, when the ships are moving fast around your vessel or even located miles away. By ensuring the performance and safety in all circumstances, we are confident that our radar will deliver the best to our customers in terms of reliability, quality, and new experience in navigation”.

FURUNO will be exhibiting the new radar at SMM Hamburg at Hall B6 Booth 100.

Find out more about the FURUNO range of radars at: www.furuno.com/en/merchant/radar/FAR-22x8_23x8/