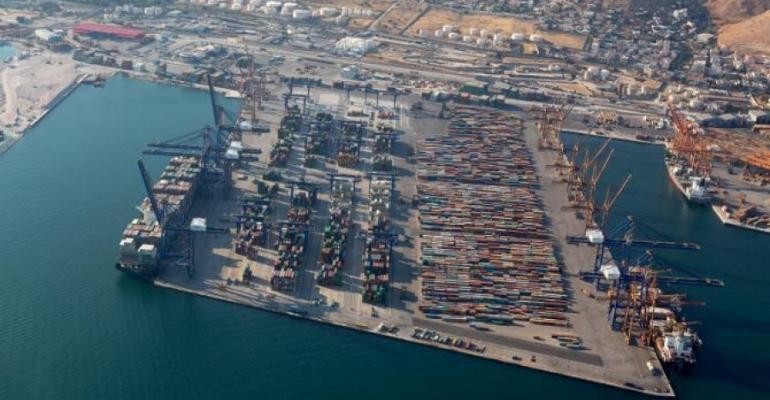 Political and financial interests remain at loggerheads over the future China's Cosco Shipping’s investment plan for Piraeus, one of the leading Mediterranean leading container ports.

Investment in the fast expanding Greek port of Piraeus was the focus of a high-profile and multi-party meeting, 21 June, between the Chinese multinational's leadership, the visiting mayor of Shanghai, Ying Yong, the newly re-elected administration of the port city, and other interested parties.

The meeting and high-level contacts come after the Cosco-controlled Piraeus Port Authority's (PPA) $675m investment master plan continued to face obstacles and resistance from both the Greek government and local entities.

Opposition has intensified to Cosco's plan to upgrade and expand the ship repair services within the port area as well as to the proposed building of a high-end shopping mall, luxury hotels and a new logistics hub within the port's premises.

The Shanghai-based Cosco Shipping acquired a controlling stake of the PPA in 2016 after placing the highest bid in an international tender, prior to 2014. Cosco acquired a 40-year concession for the port, although the left wing government was an opponent of any privatisation, when it was in opposition.

Cosco purchased 51% of PPA in August 2016, with an option for another 16%, which it will acquire by implementing outlays agreed in the $1.68bn concession contract, which may reach $2.12bn with the investments.

The latest meeting follows the PPA's decision to tell the Shipping Ministry affiliated committee tasked with port development and planning, that it will not submit a modified master plan, after members of the latter requested changes ­ a development more-or-less expected with a general election in Greece scheduled for 7 July.

Cosco-led PPA has been in negotiations with the government during the past two years over its ambitious master plan, with still no resolution in sight.

With a clear lead in the opinion polls the conservative New Democracy has vowed to move the development of Piraeus forward. Its leader, Kyriakos Mitsotakis, addressing supporters in the western port city of Patras, earlier this month 11 June, said the clearance of hurdles concerning Cosco's investments in Piraeus were among the first two ministerial decisions in a New Democracy government.