The pressure’s on – a lack of understanding of operational issues 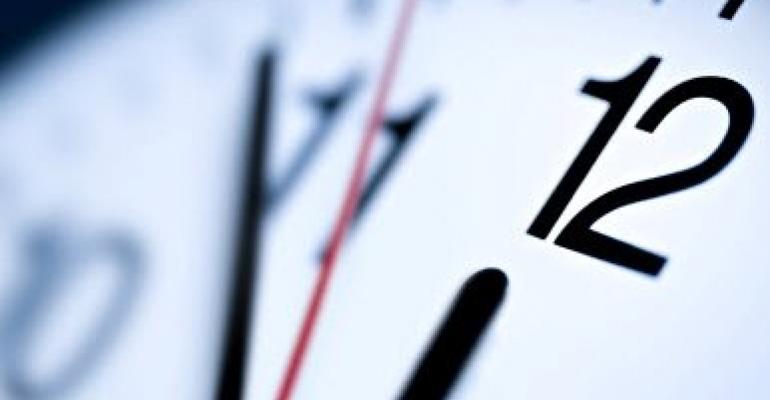 “Why have you slowed down? The delay is unacceptable. We need the ship alongside Monday morning without fail. There will be severe consequences for you should the voyage be delayed further.”

Friendly people, those charterers, who are never off the master’s back as they endlessly attempt to micro-manage the voyage. Sure, the cargo is important to them and their clients, but the trouble is that they are treating a ship at sea as would an angry consignee after their vanload of goods has got lost on the motorway.

It’s a ship, for goodness sake, and the reason the master has slowed down is because he is battling a storm at sea that is barely enabling his vessel to make headway. Don’t these people understand ordinary operational limitations, or the demands of safety?

The answer is, quite simply, that they don’t, as the people who are sending these increasingly angry messages are probably landsmen, who really do think that a 15 knot ship ought to progress 360 miles per day and they are entitled to rage and bully when these expectations are not fulfilled. They think that their pressurising of the master of a ship they have chartered is fully justified, facilitated by the wonderful communications that enable them to exercise their power and authority 24/7.

Nothing new about commerical pressure

There is nothing new about commercial pressure on people operating ships. A century ago the master of a storm-battered ship would “note protest” on arrival to ward off the accusations that he hadn’t been prosecuting the voyage with the zeal that was expected of him, on account of the weather or some other extraneous force outside his control.

There were (and still are) hard-driving operators who will use the fast passage of Captain A to shame the slower progress and obvious caution of Captain B. There have always been people – terminal operators – dispatchers – port captains acting for the charterer – who have tried to make the master of a ship do something he would rather not have done.

The difference these days is that not only do we have people with no real experience of ship operation exerting the pressure, but that they now believe that their wonderful communications and apparent knowledge of the ship’s position give them the authority to superimpose their will on the master of a ship. And all too often, owners will defer to them and fail to support their master, thus encouraging their behaviour.

So it is good to see that the Nautical Institute is taking up the cudgels on behalf of hard-pressed shipmasters who find themselves being urged into unsafe practice by their charterers. In a hard-hitting feature in the NI’s Seaways journal , ship’s officer Vashchenko Leonid expressly states that this lack of understanding about operational issues “is putting safety at risk”. He cites a number of instances where the judgement of the master was over-ridden by individuals acting for the charterers, such as refusing to permit a pilot to be carried in the Danish Sounds, abusive telephone calls to a ship in a storm, and demands in voyage instructions demanding that a ship proceed to a berth for which she was far too large. These “amateur attempts” to interfere in matters affecting operational safety, it is suggested, may be a consequence of a weak freight market, but are putting ships and those aboard at risk.

Bullying, lack of respect, lack of awareness, threats of demotion or dismissal, abuse of communications and doubts being cast on the professional judgement of the people “on the spot” have reached such a level that action needs to be taken. Captain Leonid suggests that there is a need for an international resolution or convention to govern the interaction between ship and shore.

Seafarers, he says, “remain the only people who can effectively respond to the everyday challenges they face”. I’m not sure that an official document can improve what is fundamentally a matter of manners. Naming and shaming organisations which condone such behaviour, might be a better policy.

People ashore need to remember that ships do not run on tracks, like trams. They perhaps also need reminding that the sea can be violent and unpredictable. Earlier this month there was a poignant reminder on the Hapag-Lloyd website honouring the memory of the 28 people who died, 40 years earlier, in their big barge carrier Munchen, when the ship was overwhelmed by a violent storm off the Azores. This was a large, beautifully maintained vessel, operated by a crack German liner company, but she was overwhelmed nonetheless; just one of the sad reminders of the power of nature, that modern day charterers and shore-side managers should remember.