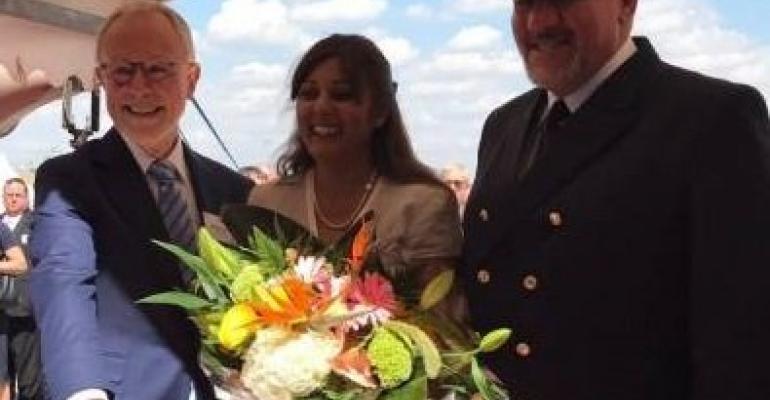 One of the latest additions to Hapag-Lloyd’s fleet the 15,000 teu Afif was named by the UK’s Shipping Minister Nusrat Ghani on Monday.

“It is an honour to name Afif, Hapag-Lloyd’s latest container ship, as it will have a vital role in the growth of the UK economy by moving our exports and imports,” said Ghani. It is the first time that Hapag-Lloyd has named a ship in the UK for 20 years. “We are happy to once again name a ship in the United Kingdom after twenty years. The ‘Afif’ is over three times the size of the ‘London Express’, a ship that received its name in Southampton, England, in 1998,” said Anthony J. Firmin, coo of Hapag-Lloyd.

The Afif was built at Hyundai Samho Heavy Industries for United Arab Shipping Co (UASC) that Hapag-Lloyd merged with in 2017.