Arntzen versus Bugbee: A different sort of tanker war 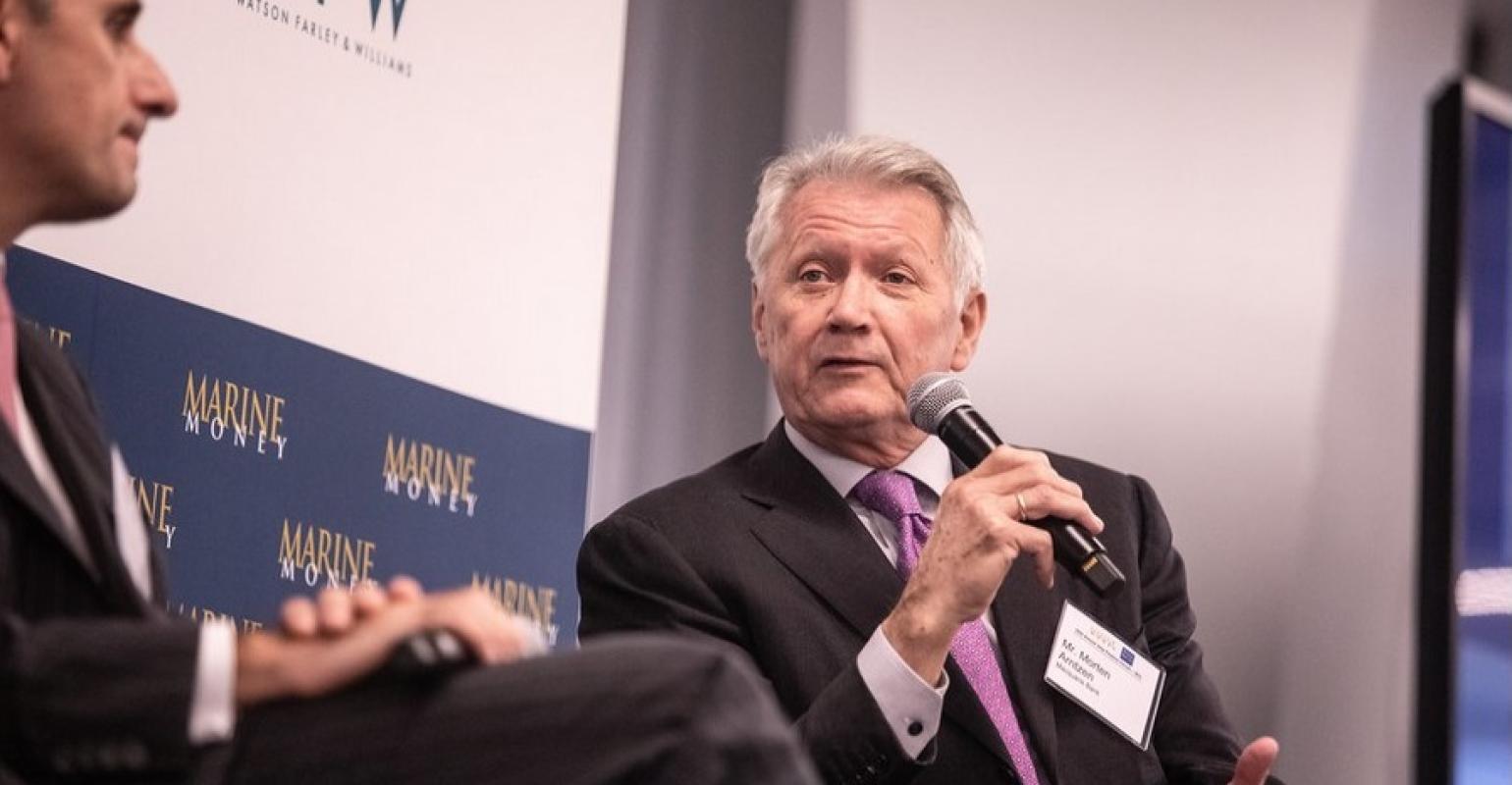 A discussion on the perennial topic - the $200bn question of where is the capital for shipping needs – turned into a lively sparring match between top executives at last week’s Marine Money Ship Finance Forum in New York.

Moderated by Seward & Kissel’s Michael Timpone, a Partner in the Maritime practice, it featured a commercial banker - DNB’s Christos Tsakonas , a merchant banker- AMA Capital’s Paul Leand, a career banker  who had also headed up a leading owner, Morten Arntzen , and the irrepressible Robert Bugbee- at the helm of two large owners.

Aside from the valuable observations of the panelists, the repartee among the speakers was the real attention grabber, livening up the mid-afternoon session. The main protagonists, Robert Bugbee and Morten Arntzen, traded barbs on various subjects including the fate of listed companies- with Mr. Bugbee waiting to “read the chapter on Team Tankers”, where Mr. Arntzen heads up the Board, in an imaginary shipping novel on restructured companies.

Arntzen countered with a barb of his own saying that “Robert [Bugbee] has arrived at a good destination with Scorpio Tankers- good fleet, good management…but the journey is as important as the destination. If the journey consumes $5bn to make less than $2bn, then something went wrong with the model.”

The jabs continued, as Bugbee recounted Scorpio Tankers’ success in buying shares of Scorpio Bulkers, “right at the bottom when the PE guys were [vomiting]”.

When another panel member suggested that a bankruptcy filing, with investors getting paid back, might have been more efficient. Bugbee, a quick thinker and great jouster, asked, rhetorically, “What’s bankruptcy…..Morten?” Arnzten had been at the helm of Overseas Shipholding Corp as it entered a voluntary Chapter 11 proceeding earlier in the decade, with Arntzen getting the last word in, telling the audience, “Everybody got paid back”.

Besides the battle of the witty owners- the panel did provide considerable insights, with DNB’s Tsakonas suggesting that now heavily regulated banks, providing half of the funding of a decade ago, had been replaced in the capital structure by leasing, bonds and other forms of alternative capital.

He explained that “Banks that do not have the capabilities to do something beyond plain vanilla lending will find it very hard to compete” in the current market, “as a lender, you need to have a sophisticated product offering in order to survive.” 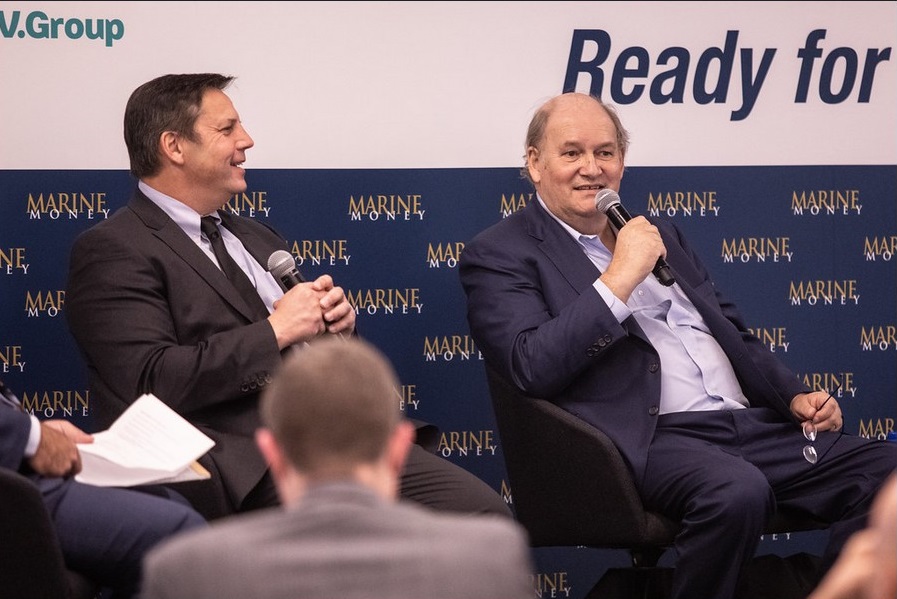 Paul Leand pointed out that “shipping is no longer a core asset” for the commercial banks, noting the difficulties endured by German banks where shipping exposure had become concentrated, at times of the market reversal. Arntzen expressed a hope that going forward, we won’t see government directed money - in the form of tax advantaged investment structures - going towards building new vessels.

There were some new things as well. In the acronym filled world of finance, Bugbee, a Brit sensitive to news on the homefront, coined a new term - “PREXIT”- referring to “Private Equity Exit”- very much a feature of today’s ship finance landscape, along with the dearth of new public shares offerings.

There was a lively interchange on the subject of regulation between Bugbee, who maintained that companies embracing change could gain an advantage, and Leand, who expressed concern at the costs of increased regulations, and whether they might eat into cash flows.