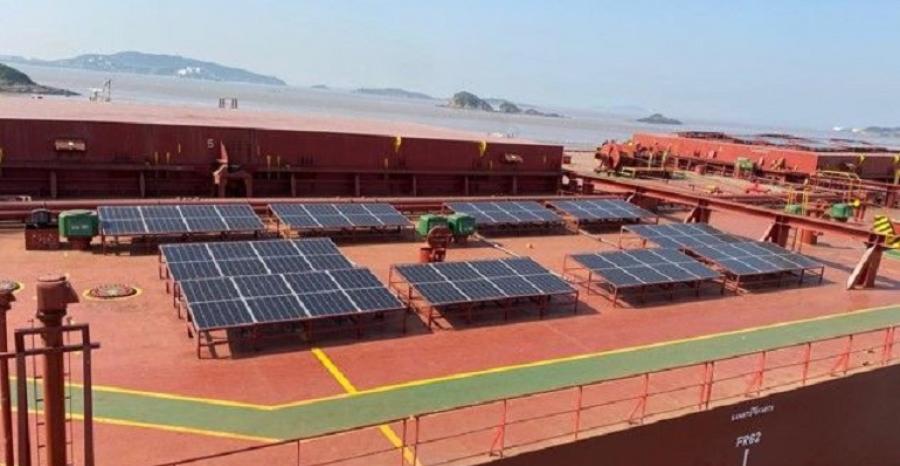 Berge Bulk in solar power pilot on vessel
Jul 23, 2021
Shipowner Berge Bulk is testing out solar power onboard one of its vessels to supplement its diesel alternators.

MSC and Shell in long term decarbonisation collaboration for shipping
Jul 16, 2021
Shipowner MSC and Shell International Petroleum Company have inked an agreement to collaborate on decarbonising...

‘For cleaner air tomorrow we need to act now’: CMA CGM
Jul 16, 2021
CMA CGM has been one of the pioneers in using LNG as a marine fuel and the shipowner believes it needs to act...

Driving immediate decarbonisation action with sustainable biofuels
Jul 14, 2021
Growing pressure to act on the environment means that shipowners need immediate-term solutions to improve their sustainability. Advanced biofuels are an important piece in the puzzle that is shipping’s decarbonisation journey.

Crowley to build and operate first fully electric tugboat in US
Jul 13, 2021
Crowley Maritime Corporation will build and operate “eWolf”, the first all-electric powered harbour tugboat that can complete a job without expending a drop of fuel.

Euronav in ammonia fuel JDP, adds newbuilding orders
Jul 06, 2021
Euronav has entered into a joint development programme (JDP) to accelerate the development of ammonia fueling for suezmaxes and VLCCs it has ordered.

Sponsored Content
Decarbonization without a Crystal Ball
Jun 21, 2021
The shipping industry is undergoing its biggest revolution in decades. The ambitious targets set by IMO for 2030 and 2050 to...