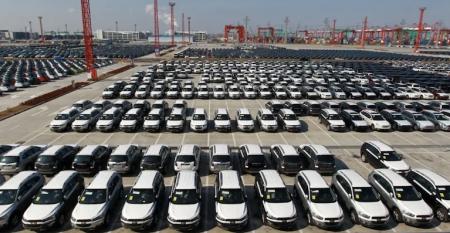 Chery in shipyard venture to build its own car carriers
Feb 03, 2023
Chinese automotive manufacturer Chery is going to develop car carrier construction base in Weihai, Shandong province, to meet its growing...

Record orderbook set to drive unprecedented LNG fleet growth
Feb 01, 2023
An average of more than three new LNG carriers were ordered every week of last year, boosting the orderbook to...

Chinese shipbuilders see 32% drop in newbuild orders in 2022
Jan 31, 2023
Newbuilding orders declined 32% for Chinese shipyards according to the statistics released by China Association of the National Shipbuilding Industry (CANSI).

Why shipowners are not investing in tanker and bulker newbuildings
Jan 16, 2023
In a discussion on where shipping markets were headed in 2023 the container sector is still waiting to settle on a new normal, while volatile bulker and tanker markets make investments in newbuildings uncertain.

Shipbuilding market outlook 2023 – a tale of two tiers
Jan 10, 2023
The newbuilding orderbook peaked in mid-2022 and orders for shipbuilders are in decline. Is this drop in contracting set to...

Stronger cargo growth, macroeconomic challenges for shipping in 2023
Jan 04, 2023
In a five-part series to start 2023 we take a look at where shipping markets are headed in the coming year with experts Maritime Strategies International (MSI).