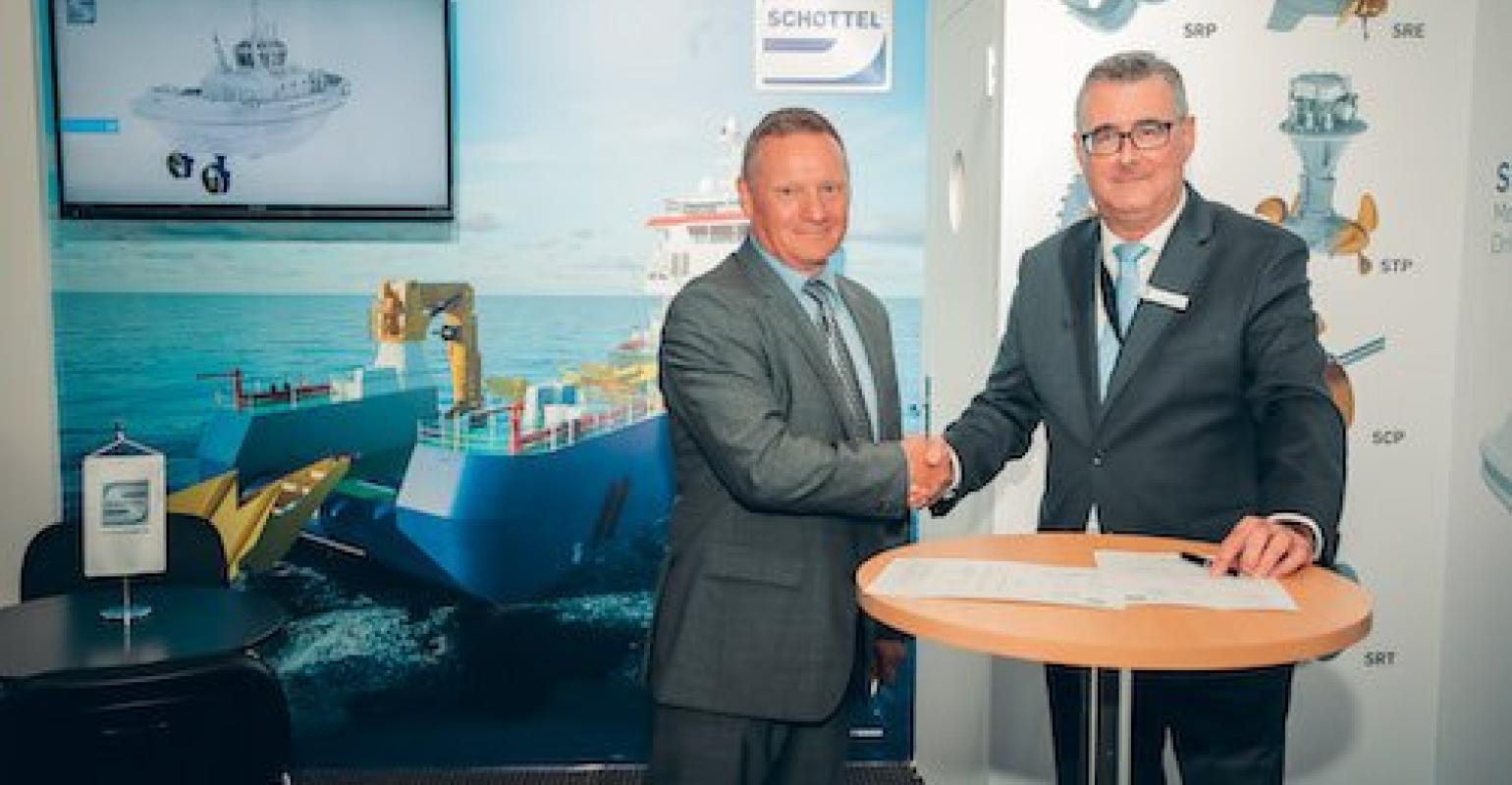 Amer Ali, Executive Director of the Dubai Maritime City Authority (DMCA) led the official inauguration of Seatrade Offshore Marine and Workboats 2019 today marking the opening of this key two-day exhibition and conference for the offshore marine and workboats market.

The event, which is being held at the Madinat Jumeirah in Dubai until September 24 is part of the UAE Maritime Week taking place under the patronage of His Highness Sheikh Hamdan Bin Mohammed bin Rashid Al Maktoum, Crown Prince of Dubai. Amer Ali said: “Dubai’s maritime sector has been steadfastly working to achieve great heights and bring in new developments that can contribute to innovation and growth of the sector and boost the Emirate’s ranking among the world’s leading maritime capitals. This event plays a significant role as a platform for discussion and continuous engagement in support of Dubai’s vision. I commend the efforts of the offshore marine market for their commitment to the industry in various ways, particularly in enhancing the knowledge and in boosting partnerships among stakeholders.”

Within moments of the exhibition opening, an official MoU was signed between Schottel and Albwardy Damen for a full propulsion package for a new type of vessel.

Announcing the contract, Lars Seistrup, Managing Director, Albwardy Daman, said: “Schottel is one of the valued suppliers that we have relied on for decades already. We are very pleased to be starting this exciting project here in Dubai with a long-term partner offering best product quality and local support in the Middle East,”

The order is for the ‘Damen Multibuster 8020 (DMB 8020)’ which is designed with extreme shallow draft for applications such as pipe laying and cable laying works, the upgrading, installation and decommissioning of platforms as well as well stimulation projects.

Also taking place on the first day was an insightful discussion themed ‘The Case for Market Optimism’, held in association with the American Bureau of Shipping (ABS), a global company that is committed to setting standards for safety and excellence as one of the world’s leading classification organizations. The keynote session highlighted the positive performance of the offshore marine market during the first quarter of 2019, which has brought improved utilization and firmer rates for offshore vessel owners.

A panel of thought leaders discussed the trends for oil companies’ exploration and production (E&P) spending and rig use, as well as assessed if the current scenario signals the offshore marine market to be bouncing back, and what stronger trading conditions could look like for an industry that has endured unprecedented period overcapacity.

Chris Hayman, Chairman of Seatrade, the organizer of the event, said: “The enthusiasm of the offshore marine market has been boosted by recent activities in oil trading and it is timely that we open the matter to a more in-depth discussion for the industry to better infer current trends. Seatrade Offshore Marine and Workboats’ keynote session charts the course of the industry’s directions in the coming months and years and we had extensively explored the topic in the following other sessions.”