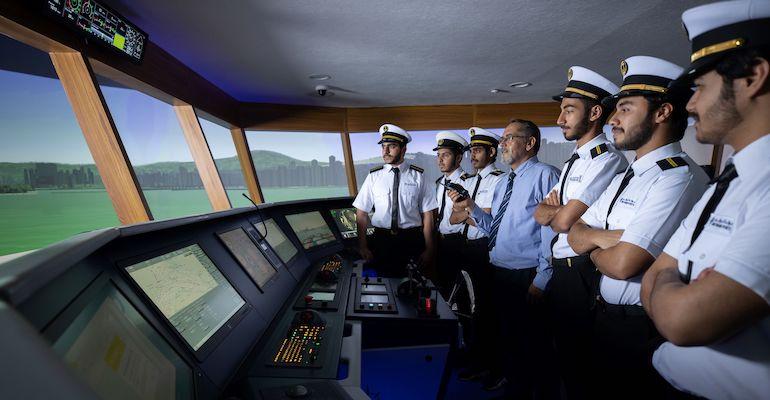 You can learn useful ideas from a study of the past, but first, some views from the present.

You can learn useful ideas from a study of the past, but first, some views from the present, with the President of the Nautical Institute, writing in the NI’s Seaways magazine, on the current problem of today’s cadets in finding berths to obtain their qualifying sea time.  Observes Captain Andre LeGoubin “ Shipowners are committing millions of dollars to reduce their carbon footprint. I am asking them to commit a further small amount (in comparison) by ensuring every new vessel has at least two cadets on board at all times”.Put like that, it doesn’t seem an unreasonable request, for any shipping company, with a responsible outlook on its succession planning and its long term future, to take on board.

Here is an example they might like to follow, taken from the chairman’s report of a new shipping company then building up its fleet. “The Directors have decided to receive on board each of their ships from three to five apprentices under indenture to the company”.

Related: Need for cadet berths one of the ‘greatest challenges’ facing shipping

“Our object is to get good steady lads, who would work their way up in our service and become in time efficient officers and commanders of our ships”. And within a couple of years of the company’s incorporation, 45 of these young men had been selected, demonstrating that this was no mere aspiration.  But that was 1878 and the company was the fledgling New Zealand Shipping Company, whose operations under sail were chronicled a century later* by one of its directors Alan Bott.

The strategy of home growing talent clearly worked; one of those young men served 50 years with the company, commanding their ships under both sail and steam and ending up as their Marine Superintendent. And this became the norm, in many fine shipping companies over the years, as they took on responsibility for recruiting, nurturing and growing their officers to the exacting standards they regarded as their own. It was, if you like, a sort of risk mitigation strategy, rather than entrusting officers, who were unknown entities, with their ships and the lives of those aboard them.

It's all history now, of course and the modern reality is that a sizeable majority of shipping companies regard the training of officers as beyond their responsibility, and turning their backs on people like the NI president suggesting that they should be more aware of cadets who aredesperate for sea time as the means of career progression. They will cite the lack of accommodation, the fact that crewing is something they have sub-contracted to others, or the unnecessary expense they prefer to avoid. They will urge governments to do more to reduce any training burdens which they would rather not assume.

And then we get to hear of the problems which arise when the EU start talking about blanket bans on whole nation’s seafarers on account of the standards which Europe’s regulators believe to be inadequate, not least because of the sea time difficulties and the cavalier attitude of too many employers. There is a connection. There are fine shipping companies today which employ crews entirely from the Philippines, but with the difference that they have assumed responsibility for their seafarers’ training and advancement to their standards, not the mediocre minima approved by international convention. But sadly there are not enough of them, and the problem of increasingly sophisticated ships being run by inadequately trained and casually employed crews remains.

It would be great if the NI president’s injunctions to all shipping companies with an eye on their future bore fruit. In its way it is trying to encourage, rather than to shame,  people who don’t offer cadet places, to behave more responsibly, for the industry’s common good. But it is too easy for the number crunchers, whose “nothing to do with us, mate” attitude, will probably persist with their negativity. It is recorded that the board of directors of the old NZS required regular reports about their apprentices and their progress. It was, reported the author, with a century of progress recorded before him, “a far sighted and admirable one”. It was a different age, but the problem of recruiting, retaining and developing future senior officers has altered not a whit.