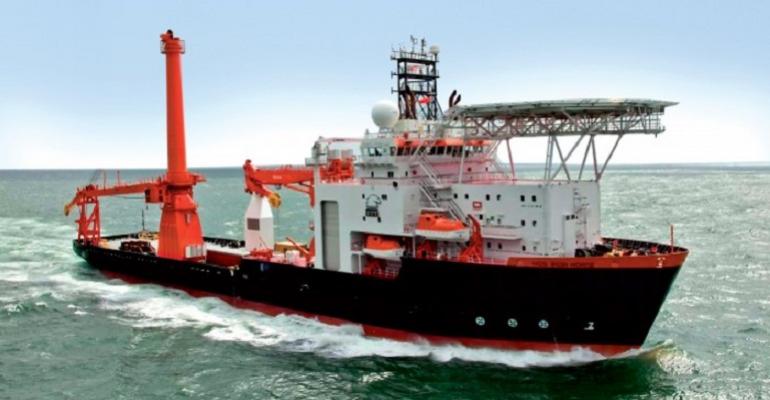 New interpretations of how US cabotage law the Jones Act applies the offshore sector by Customs and Border Protection (CBP) are causing concerns for domestic offshore vessel owners.

The Jones Act, a set of laws that reserve US coastal trades is now celebrating its 100th birthday, its genesis is the Merchant Marine Act of 1920. The business of offshore oil exploration and drilling, bringing supplies and crew from US ports out to equipment affixed to the Outer Continental Shelf, OCS-where cabotage applies, and performing work on the offshore equipment, actually began much later- in the 1950’s.

In the decades since, as the oil business moved into deeper waters, the US legal codes could not be applied precisely to changing technologies and configurations of vessels performing work, including laying and maintaining subsea pipelines, on the OCS. During the years since the mid-1970s, the US Customs (which later became part of CBP) had issued a series of ruling letters to address questions of Jones Act applicability in the Gulf of Mexico’s offshore oil fields.

Owners of US Jones Act compliant offshore service vessels, for example Hornbeck Offshore Services had long expressed a worry that CBP rulings on what activities could be handled by non-Jones Act equipment were slowly opening the door for foreign oil service vessels. In 2017, referring to CBP ruling letters, Hornbeck had commented on a proposed ruling: “In response to twenty-five private, unpublished letters sent to it over decades, CBP self-created exceptions to the Jones Act, contrary to the statute. These exceptions were made by CBP without any input from the affected community of US shipyards, vessel owners and mariners or consideration of the harm inflicted upon them as a result of CBP's action.”

In late December, 2019, CBP announced that it was changing its interpretation of certain aspects of the Jones Act. The law firm Watson Farley Williams (WFW) said in an end-December briefing that: “In general, the new interpretation leaves room for expansion of the universe of items that non-US-flagged vessels may deliver to US offshore installations.”

The changes come down to questions of what constitutes “merchandise” and what is “vessel equipment.” WFW says: “…in the past several decades, CBP has issued various rulings adopting a purposive analysis, examining how the item relates to the vessel’s mission, and whether the item is used on or from the vessel, in determining whether it qualifies as ‘vessel equipment.” They further note that, under the new CBP interpretation: “…even an item that is permanently installed on the seabed may be vessel equipment.”

The lawyers, with an active practice in the US marketplace, continue: “…the new interpretation implies that CBP rulings in the future will expand the universe of items that can be transported by non-Jones Act vessels from a US port to offshore installations ranging from drilling platforms to wind farms.”

The reaction from the Offshore Maritime Service Organization (OMSA, the trade association representing Hornbeck, Tidewater and others) has been blunt: “OMSA is concerned that the interpretive guidance included in this notice will provide new legally dubious loopholes to the Jones Act.”

While OMSA applauded the CBP’s intent to tighten certain loopholes, it did say (after seeing a draft of the likely CBP wording): “OMSA disagrees with CBP’s attempt to develop new definitions that will unfortunately create new loopholes and subsequently weaken our borders and undermine US national  security. The Jones Act, only amendable by Congress, does not allow for the lateral movement of merchandise by foreign flagged ships and no amount of interpretive guidance changes that.”