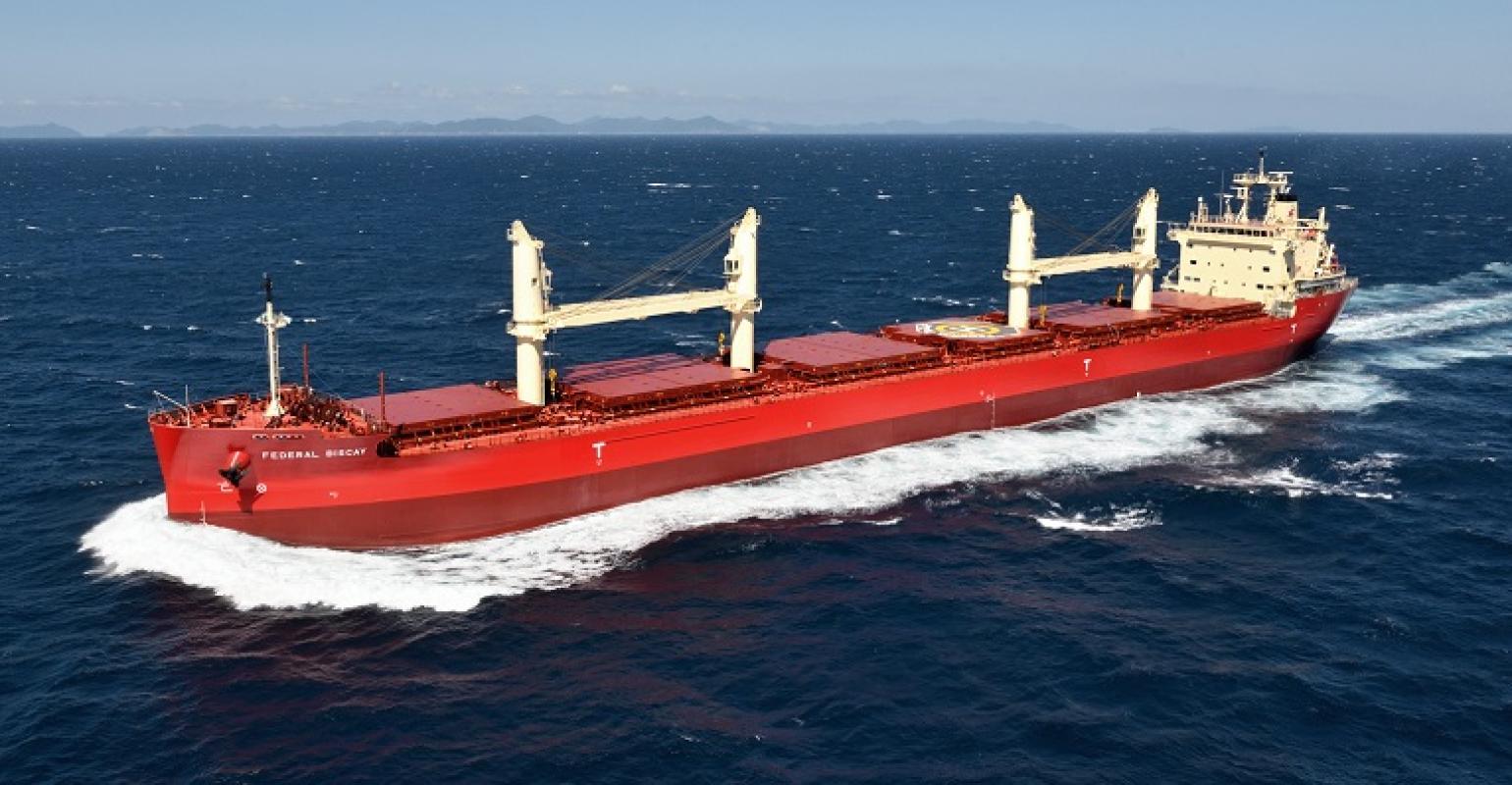 The 2021 navigation season on the Great Lakes is well underway and after a disappointing year in 2020 there is optimism about 2021.

Like other shipping sectors, expectations point to resurgent demand. A statistic from the Port of Duluth at the western end of Lake Superior underscores the backdrop; shipments outbound from the port registered an 80-year low of 25.8m short tons. Dwindling iron ore (taconite) tonnage from the port, which is a hub for steel-making raw material from the well-known Mesabi Range, were largely responsible.

Economic optimism has brought about a seasonal start that was actually moved upwards in advance of its previously announced schedule. The all-important but aging Poe Lock, one of two in the “Soo Locks”- the gateway to Lake Superior, was opened in mid-March the same time as opening of the Saint Lawrence Seaway, linking the Lakes to the Atlantic Ocean. The MacArthur Lock at the Soo- handling smaller vessels, came online in mid-April. In Duluth, Fednav’s Federal Biscay, 34,500 dwt, blt 2015 at Oshima, was the first inbound “Saltie”, bringing in a cement cargo from Turkey prior to prepping for an outbound grain cargo.

The infrastructure investment program under the Trump administration disappointed many observers, however one bright spot was the nearly completed design work for a new lock at the Soo, with a  chamber to be 1,200’ long by 110’ wide by 32’ deep, one capable of handling transits of the largest “Lakers”.

In typical years, the locks would be expected to handle in excess of 70 million tons of bulk commodities - with 2020 booking an anomalous 61m tonnes, blame the pandemic -  mainly transiting through the Poe Lock- which opened in the late 1960s, laden with taconite, limestone and coal from Duluth and other ports on Lake Superior.

The new lock project, which will be on the site of two passages of the “Sabin” and “Davis” locks  no longer in use,  already saw channel deepening, during 2020, in preparation for the new lock- the deepening will likely be finished by the end of the current season.

In late 2020, a contract was awarded for work on an approach wall, expected to be completed at the end of the 2023 season. Contract awards for work on the actual lock chamber will likely occur a year out, in Spring 2022, with work to continue until later in the decade. The US Army Corps of Engineers (USACE), overseeing the overall project, estimates a total cost of  $1.38bn, with $400m funded so far.

The Biden administration has now proposed the  massive $2trn “American Jobs Plan”, a bill which includes some $621bn for infrastructure. Legislators in Washington, D.C. now engaged in extensive discussions and negotiations on what might be included.

William Scriber, Executive Director at the  Port of Oswego, a member of the American Great Lakes Port Association (AGLPA), wrote, in a recent AGLPA newsletter, “Ports like mine, a Great Lakes port, need to be taken into account, as we play a vital role in the transportation system. We need to be given consideration in the American Jobs Plan, so that we may move forward into the future, continuing to serve in our fundamental role within our communities.”