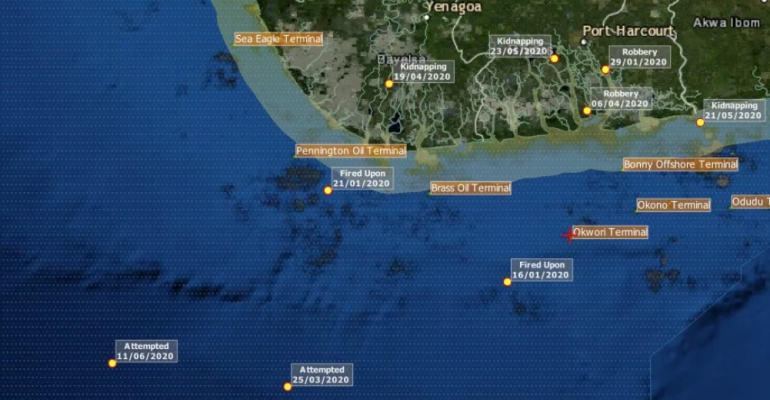 Nine personnel have been kidnapped by pirates from the BW Offshore FPSO Sendje Berge off Nigeria.

BW Offshore said the FPSO Sendje Berge was attacked at around 04-20hrs (local time) on 2 July and the pirates took nine Nigerian nationals hostage. The Sendje Berge is operating the Okwori field offshore Nigeria under contract to Addax Petroleum.

“The incident onboard the FPSO has ended and none of those remaining onboard have suffered physical injuries. BW Offshore is cooperating with local authorities, represented on site by the Nigerian Navy,” BW Offshore said.

Security analysts Dryad Global said that three vessels were reported to have been used in the attack with one used as a decoy to distract the security vessel guarding the FPSO.

Dryad commented: “The kidnap of foreign personnel by groups involved in militancy is not unusual for the Niger Delta however is less common in the offshore domain.

“It remains highly likely that personnel will be held for ransom however if confirmed as an act of militancy negotiations are likely to also focus on political concessions tied into both the release of personnel and cessation of activity.”

Warning of armed attacks on ships at anchor in Manila Bay
Aug 24, 2021