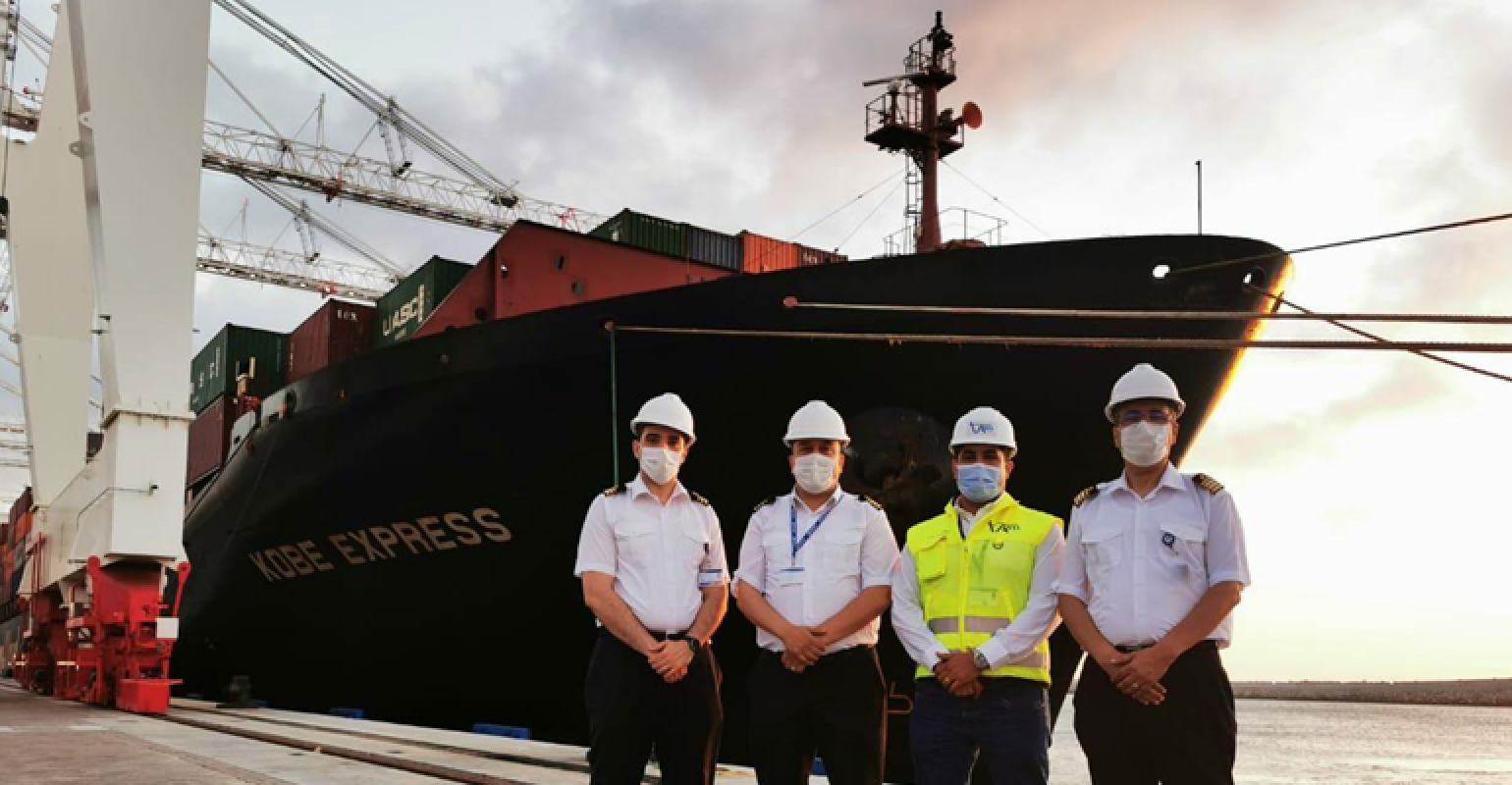 The first digitally-controlled port arrival was the result of a partnership between Tanger Med Port Authority and Wärtsilä Voyage and involved co-operation with the ship’s ownerHapag-Lloyd and manager Anglo-Eastern Ship Management.

The 4,612 teu ship docked on time at Tanger Med, Morocco on June 25 after sailing from Cartagena, Colombia.

Kobe Express used Wärtsilä Voyage’s Navi-Port system to exchange data between the ship and destination port, sharing the required time of arrival digitally with the onboard navigation system to allow the ship’s speed schedule to be adjusted for JiT arrival.

“This is a momentous accomplishment. We have moved beyond pilot and testing projects to real-life applications, and we see this as kick-starting a trend that will make both shipping and port operations more efficient and less carbon intensive”, said Dmitry Rostopshin, General Manager for Ship Traffic Control at Wärtsilä Voyage.

“Anglo-Eastern has partnered with Wärtsilä to digitalise the operations of the more than 600 vessels in our managed fleet. We anticipate that the Wärtsilä technology will speed the execution and planning of voyages and allow us to better monitor fuel efficiency and engine performance for optimal operations. Congratulations to Capt. Kishor Dinde and his crew, and to everyone else involved in this successful digital docking of the Kobe Express,” said Bjorn Hojgaard, CEO of Anglo-Eastern.

“Technology is moving forward quickly in the shipping industry, and this world-first achievement is evidence that we are entering an era of high efficiency and better environmental performance, which will benefit all industry stakeholders,” said Ralf Belusa, Managing Director Digital Business at Hapag-Lloyd.