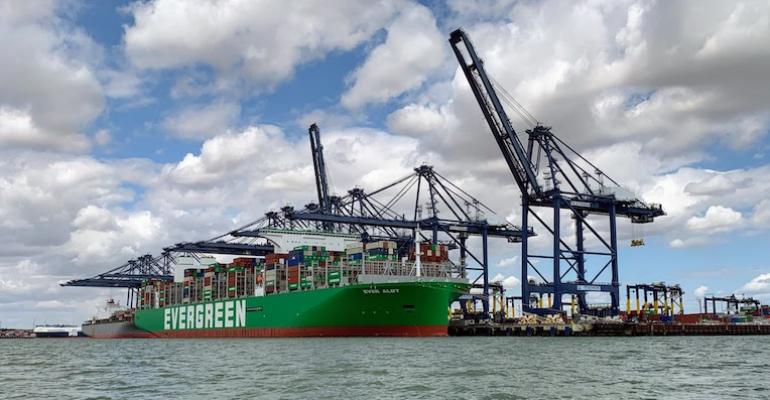 Talks to try and avert the strike failed and Union has rejected an offer of a 7% increase plus a £500 on off payment.

“We recognise these are difficult times but, in a slowing economy, we believe that the company’s offer, worth over 8% on average in the current year and closer to 10% for lower paid workers, is fair,” the Port of Felixstowe said in a statement.

At the end of July port worker members of Unite voted overwhelmingly in favour of strike action over pay.

The Union called out the port operator, which is owned by Hutchison Ports, over putting profits and dividends ahead of worker’s pay.

"Felixstowe Docks and its associated companies have been prioritising profits and dividends instead of giving their workers a decent share of the pie,” Unite General Secretary Sharon Graham.

It said that Felixstowe’s accounts for 2020 show the company made pre-tax profits of £61m while also paying a dividend of £99m.

Felixstowe is the UK’s largest container gateway handling some 48% of the country’s box volumes.  A major port of call on the Asia – Europe trade it receives calls from some of the world’s largest container vessels such as the 24,000 teu Ever A lot pictured above at berth in Felixstowe at the weekend.

The strike has been estimated to impact some $800m worth in goods and trade that would have moved through the port during the eight-day strike. Container lines are diverting services to other ports both in UK and Europe. Maersk Line is omitting three calls at Felixstowe this week with cargo bound for the port diverted to other ports, some cases to be feedered from European terminals once the strike is over.