HomeMaritime NewsRegulationCarbon pricing lies ahead for shipping
Recent
Topics
Recent News
You cannot manage what you cannot measure – how data helps ports and terminals breathe easier
Sep 29, 2022
Tankers ‘set up for a very good bull run’
Sep 28, 2022
Saudi Arabia ‘could have its own Belt and Road Initiative’
Sep 28, 2022
IMI to launch full operations before the end of 2023
Sep 28, 2022
Trending Now
Container spot rates tumble another 9.7% in last week
Sep 16, 2022
Panama Canal waters overflow on the west lane of the Gatun Locks
Sep 14, 2022
Container spot rates plunge 58% since January
Sep 23, 2022
A bridge over the Malacca Straits?
Sep 12, 2022

Carbon pricing lies ahead for shipping 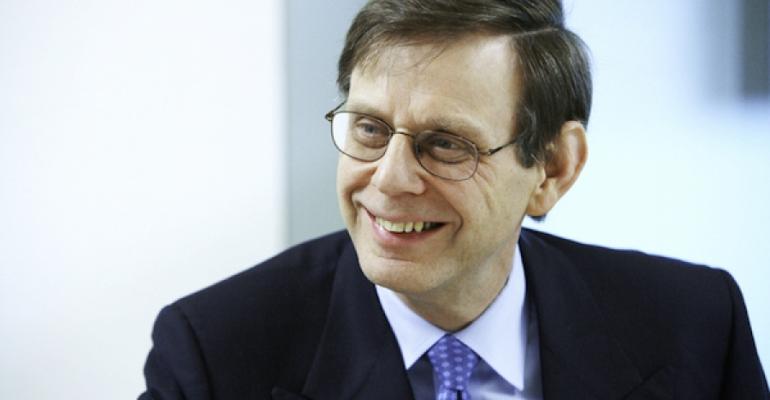 Martin Stopford
The price of carbon has always been too low agreed a panel of experts at a Women In Shipping and Trade Association (WISTA) conference on Monday.

The WISTA conference, part of London International Shipping Week (LISW), saw a group of experts debate the future of shipping and the requirements for considerable changes to the structure of the maritime sector if climate targets are to be met.

Isabelle Rojon, a principal consultant at maritime consultants UMAS, told the conference audience that everyone was “dancing around the issue of carbon pricing,” claiming that mentioning carbon pricing in shipping circles was “like mentioning Voldemort,” the terrifying villain in the Harry Potter stories.

All the panellists agreed that carbon pricing was necessary to add weight to the International Maritime Organization’s (IMO) climate target of reducing greenhouse gas emissions to 50% of their 2008 levels by 2050, but little else was agreed.

Paul Stuart-Smith, founder, Zero Carbon Finance Limited, argued that carbon pricing will come in the near future, but the price will be set globally, not just for the shipping industry, but for all industry at around $140 per tonne.

Stuart-Smith argued that only three major shipping companies had signed up to the Taskforce on Climate-related Financial Disclosures (TCFD) and that carbon pricing could drive more companies to deliver reductions in carbon emissions. But, others felt that the shipping industry would never accept regulation from outside the business.

For Martin Stopford, the former research director at the shipbroker Clarksons, it is necessary to make customers aware of the carbon footprint of transporting their cargo for serious reductions in emissions to be achieved. Stopford believes that if an equivalent price to fuel used by road transport was to be achieved it would be necessary to raise the price of bunker fuel to $1,200 per tonne. “But who will get the money,” asked Stopford, “That would create an argument that would make Brexit look like child’s play,” he added.

Lloyd’s Register’s global head of sustainability Katharine Palmer believes that based on what we know today to achieve an equivalence between a fossil-based fuel and renewable energy the “breakeven point would be in the range of $200-300 per tonne.” Palmer argued that “carbon pricing has a role to play,” in encouraging the shipping industry to switch to clean energy.

In her presentation to the WISTA conference Palmer said that regulation had a major role to play in the industry’s shift from what was essentially a low-grade fuel, heavy fuel oil, to higher grade, clean energy. The clean energy would not be a single fuel, but a “portfolio mix,” with operators using the fuels that best suited their operations.

However, Palmer believes that a global carbon price set by the regulator, the IMO, would be the ideal solution for the industry. Even so, she is not convinced that introducing a carbon premium on fossil fuels will be easy, but Palmer believes that it can be done through some creative thinking. As a possible example she said that regulation might cover part of the carbon costs and customers would need to decide how much of the rest they would be prepared to pay.