Decarbonising shipping could be a $6trn effort 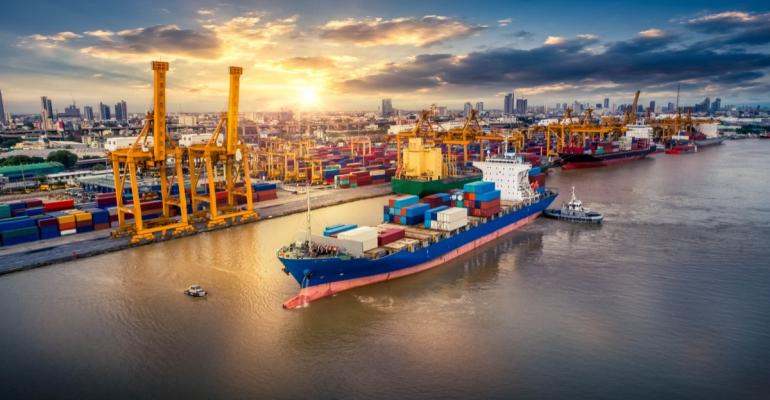 The shipping industry could rack up costs of $6.0trn in 2020-2050 depending on its decarbonisation pathway, compared to business-as-usual costs of $5.5trn.

The cost estimates were included in Ricardo Energy & Environment’s report on Technological, Operational and Energy Pathways for Maritime Transport to Reduce Emissions Towards 2050 for OGCI/Concawe.

The 250-page report explored the future costs and emissions associated with maritime transport from now until 2050 should the industry adopt one of three difference packages of emissions reduction measures, as well as a baseline scenario of business as usual.

Highlighting the complexity and variety of paths ahead, the decarbonisation impact of each package and the baseline is dependent on trade growth and whether emissions are measure well-to-wake or tank-to wake.

Among the conclusions of the report was an indication that the IMO ambition to reduce total carbon emissions from international shipping by 50% in 2050 compared to 2008 levels can be met and even surpassed with high confidence.

The first package, summarise as an “early pursuit of zero carbon fuels” comprises ammonia and hydrogen for some new build vessels from 2025, ramping up to all new-build ships by 2035, and a transition from grey to blue to green pathways for alternative fuels. A medium uptake up of energy efficiency technologies and operational measures was accounted for, along with a 10% speed reduction for slow steaming.

The second package, “moderate uptake of interim and drop-in fuels”, forecasts with an increase in drop-in biofuels from 2025, a similar medium uptake of energy efficiency and operational measures, and a 20% speed reduction for slow steaming.

The third package, “initial maximisation of vessel decarbonisation measures” comprises high uptake of energy efficiency and operational measures, 30% speed reduction for slow steaming, onboard carbon capture for vessels using fossil fuels beyond 2030 and the introduction of ammonia and methanol as a fuel for newbuilds from 2035.

Packages one and two are both expected to bring around 70% emissions reductions compared to 2008, while package three brings reductions around 100%. “The package includes a transition to “green”, but carbon-containing, fuels and the use of on-board carbon capture technology. The combination leads to a net capture of CO2 over the complete fuel production and combustion process, leading to a net negative emission and a reduction of slightly over 100%,” the report said.

The report is less confident in its price predictions, but using the middle transport demand forecast, vessel capital costs, fuel costs and other operating costs are expected to total $5.5trn for 2020 to 2050 in the business as usual scenario. Package one comes in at $235bn more expensive package two the most expensive at $489bn more expensive. The most effective decarbonisation package three is $181bn more expensive, with lower fuel and operating costs compared to business-as-usual but much higher vessel capital costs compared to all other scenarios.

The report’s recommendations included taking a lead on refining the choices of alternative fuels, support proof of concept demonstrations, accommodating the increased demand for alternative fuels, proving green certification and sustainability information and supporting a reformulation of IMO ambition.

For the maritime industry, the report recommended that designers and builders of vessels incorporate the best available efficiency technology, owners and operators plan for the costs of green technology and fuels, operators lobby for regulatory changes to support alternative fuel adoption and ensure availability of fuels at necessary ports, and that the industry monitor and support carbon capture technology development.

Read the full report Technological, Operational and Energy Pathways for Maritime Transport to Reduce Emissions Towards 2050.

Sexual assault is ‘the elephant in the room’ for shipping
Feb 08, 2023