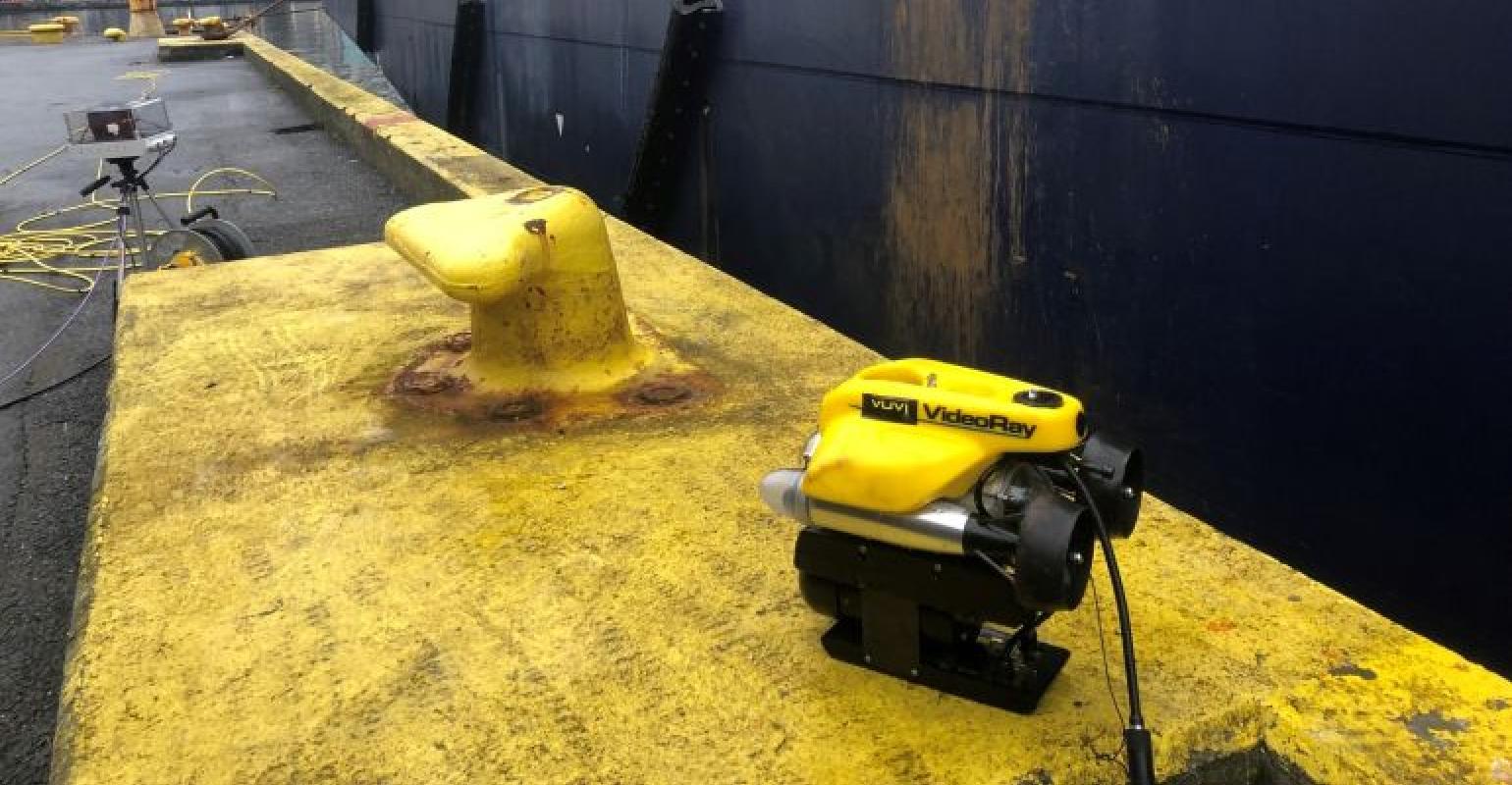 The first such survey was completed on the general cargo vessel Wilson Fedje in December 2019, and the latest in-water survey was performed earlier in July on another Wilson-managed vessel in Bergen, Norway.

All three surveys were conducted in collaboration with VUVI, a Norwegian inspection company certified by DNV GL.

“Naturally, the pandemic has pushed us to scale up the intensity of remote service delivery and we are fortunate that our longstanding commitment to digital advancement has meant we are well positioned to respond to the needs of our customers during this difficult time,” said Knut Ørbeck-Nilssen, ceo of DNV GL - Maritime.

“DNV GL has been carrying out remote surveys since 2018, so this service is an extension of a broad suite of remote services that are already available,” he said.

Survey planning and review of hull drawings were completed the day prior to the survey, thereby optimising the degree of survey assurance. During the inspection, the surveyor used VUVI’s sonar technology to scan the vessel’s bottom in order to locate the hull equipment, such as echo sounder sensors; speed log sensors and sea chests, while simultaneously assessing the general condition of the hull.

Seamless connectivity was ensured throughout the survey thanks to the use of a powerful router.

The in-water survey was concluded in a similar timeframe to traditional surveys - two-and-a-half hours, achieving the same level of assurance as an in-person survey.

Thorbjørn Dalsøren, general director of Wilson Ship Management, said: “Working in a modern world, with technologies allowing us carry out a bottom-survey without deviation or off-hire, we are really enabling a huge potential for efficiency and environmentally friendly solutions.”