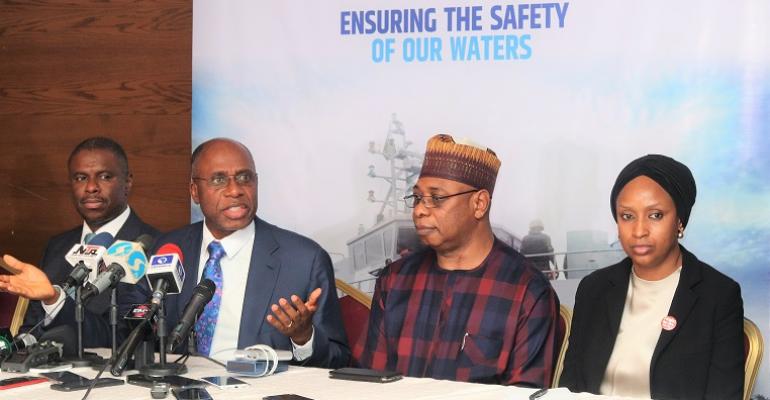 Nigeria has suspended the secure anchorage, a private initiative used by merchant ships for protection from piracy, and vessels will have to anchor at national ports covered a by a new integrated maritime security infrastructure.

Nigeria’s Minister of Transportation, Chibuike Rotimi Amaechi, told a media briefing on Monday: “I took the decision to stop the secure Anchorage project, because the issue is that an individual cannot protect a country; it shows that there is a failure in the system.

“Government must protect both persons and investment to ensure orderliness,” he said.

The Secure Anchorage Area is operated by Ocean Maritime Solutions (OMS) in cooperation with the Nigerian Navy.

The Minister insisted that all ships coming into the country must anchor at the national ports under the Nigerian Ports Authority (NPA).  He also restated the President Muhammadu Buhari government’s determination to tackle maritime insecurity head-on.

Minister Amaechi said that the launch of the Integrated National Security and Waterways Protection Infrastructure, or Deep Blue Project would “drastically reduce piracy and other crimes within Nigeria’s maritime domain and the Gulf of Guinea” once fully operational.

Director-General of the Nigerian Maritime Administration and Safety Agency (NIMASA), Dakuku Peterside, said many of the assets for the Deep Blue Project had already arrived in the country including including six interceptor boats and a special mission vessel, with a second vessel due this month.

“We expect the first helicopter in the first quarter of this year. Almost all the communication gadgets are in the country as well as the Personal Protective Gear (PPG). The C4i centre is fully operational in Kirikiri, the NIMASA Research Centre. Those are the assets we have on ground,” he said.

“However, between now and June this year, over 80% of the assets would be in the country and they would be manned by Nigerian military.”

The waters off Nigeria and in West Africa saw a sharp surge in pirate kidnappings from merchant vessels in the last few months of 2019. In the fourth quarter of 2019 some 64 seafarers were kidnapped in six different pirate attacks off West Africa according to the International Maritime Bureau (IMB).