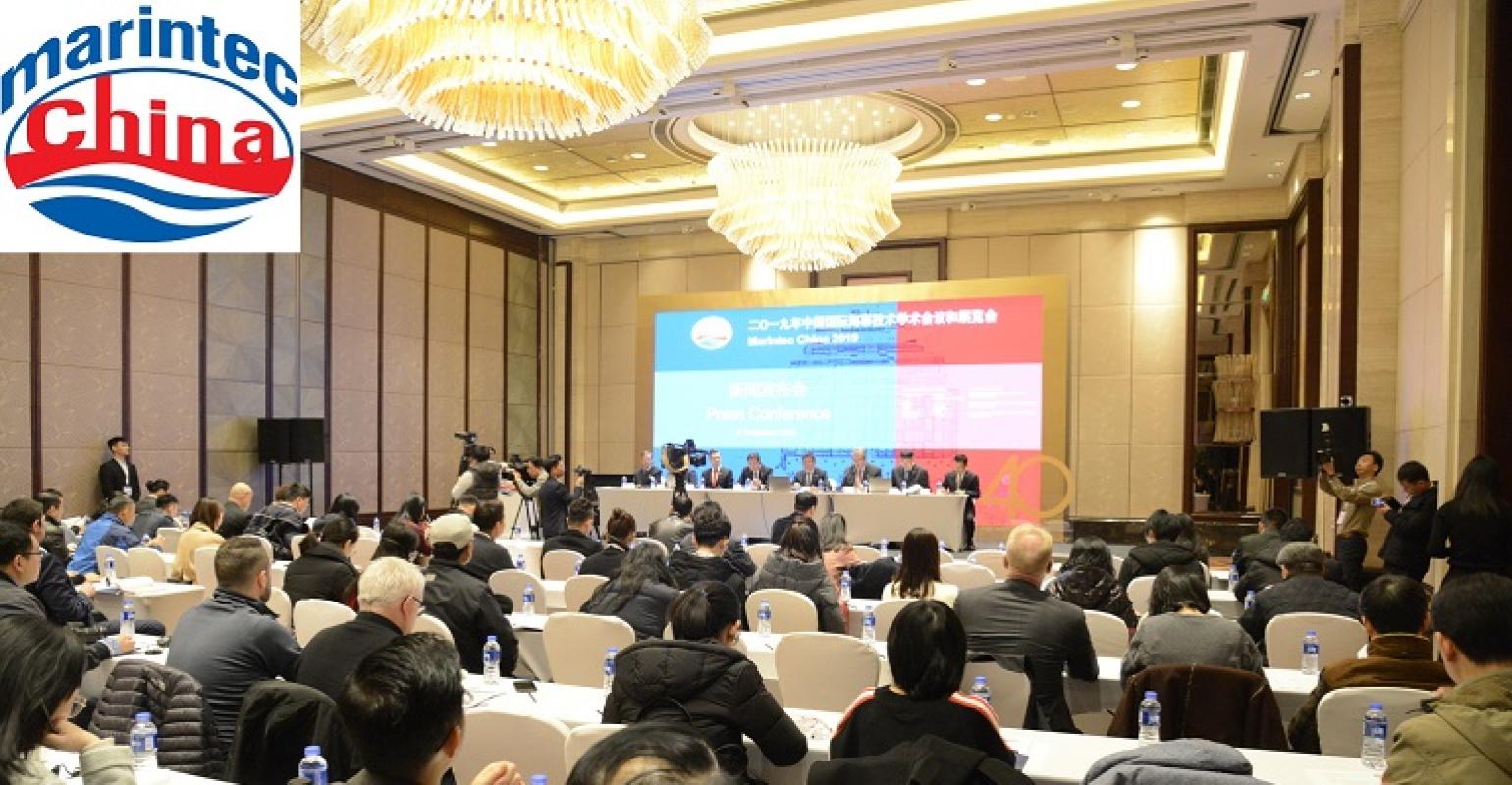 Tweets by Seatrade
Marintec China marks the milestone of its 40th anniversary this year in a period that saw the reform and rapid growth of the Chinese shipbuilding industry to become a leading nation in the sector.

Underscoring this position the newly merged CSSC is to sign RMB30bn ($4.2bn) in new contracts during Marintec China 2019.

“Marintec China 2019 is really a special moment for Shanghai. It is the evolution of a journey that began decades ago and here we all are in front of this innovation that yet continues to transform”, said Michael Duck, executive vice president -  Asia of Informa Markets at press conference for Marintec China 2019 held in Shanghai.

Marintec China 2019, organized by Informa Markets and Shanghai Society of Naval Architects & Marine Engineers will be held from 3 to 6 December In Shanghai.

The debut of the newly established China State Shipbuilding Corporation (CSSC) on the international state is a great significance, Xing added.

Li Yanqing, International Director, CSSC explained that the newly established China State Shipbuilding Corporation had become the shipbuilding company holding the largest shipbuilding orders on hand and the new building orders. The group is going to sign around a further RMB30bn in new contracts during Marintec 2019.

Martin Stopford, President of Clarkson Research, shared that currently the world orderbook is 74.5m cgt of which China has orders for 26m cgt. In 2019, we expect China to deliver 11.3m cgt and will consolidate its position as the biggest shipbuilding nation.

New shipping and shipbuilding technology for vessel management and propulsion systems will feature prominently as the industry heads to the 2030s and present shipbuilders with a great challenge. “The recent consolidation of shipbuilding groups in China is well timed to provide research and investment on the scale needed to meet the great challenge.” Stopford said.