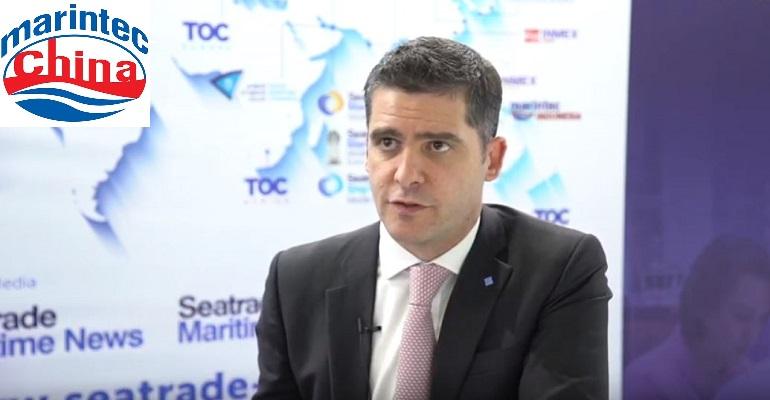 China’s shipbuilding industry is seen to have made major strides in moving up the newbuilding value chain and advancements on technology despite the sector’s prolonged state of recession, according to classification society Lloyd’s Register (LR).

While the Chinese shipbuilding industry continues to struggle with significantly reduced newbuilding orders and yard overcapacity, it has better positioned itself for an anticipated upturn where there will be an increased focus on gas infrastructure, said Mark Darley, president of North Asia for LR.

“What we are seeing now is that the shipbuilding industry, particularly in China, is coming back as the global market outlook improves. Whilst Chinese shipbuilding has been in a slight state of decline in the last 12 months, that certainly has not stopped the Chinese shipyards from accelerating what they have done in terms of technology and design developments,” Darley told Seatrade Maritime News.

He noted that China’s shipbuilders have clearly moved up the value chain from constructing the simple models of bulkers and tankers, to contracting a higher number of gas projects like LNG-fuelled vessels and gas carriers.

“If we look across all the vessel sectors, output is expected to be down 40% by end of this year. For the bulker sector, there are 50% less bulk carriers being contracted in 2019 versus 2018; and already 2018 is quite a depressing year for bulk contracting. And bulkers are considered the bread and butter for Chinese shipbuilding,” Darley said.

However Chinese shipyards have arguably reduced their reliance on bulk contracting as their improvements in technology have in some ways even caught up with South Korean yards, Darley observed.

“They [Chinese yards] are still a bit behind in terms of gas carriers. But if we look at the journey the Chinese shipbuilding has taken since their first gas carrier project in 2008 down to recent deliveries at Hudong-Zhonghua, they have significantly reduced their construction time from five years to 22-23 months. So that has increased their competitiveness against their competition,” he said.

The ability to deploy financial and human resources to focus on technology have allowed the Chinese shipbuilding industry to evolve outside of the traditional bulk carrier and tanker segments, he added.

Moreover, the merger of CSIC and CSSC to form the new China State Shipbuilding Corporation (CSSC) is a significant move by China in boosting the overall efficiency and resources of the country’s shipbuilding industry.

“The merger means we now have an organisation that has, at its disposal, some 320,000 people and some of the biggest research institutes within maritime, as well as capabilities to assign both commercial and human resources for technology developments,” Darley said.

“It’s a great opportunity for what were two very large groups to learn from each other because there are yards within those two groups that each specialise on certain products. Hopefully that process of learning across the two previous north and south groups happen, and that that consistency, irrespective of which shipyard you go to, will only mature over the coming years.”