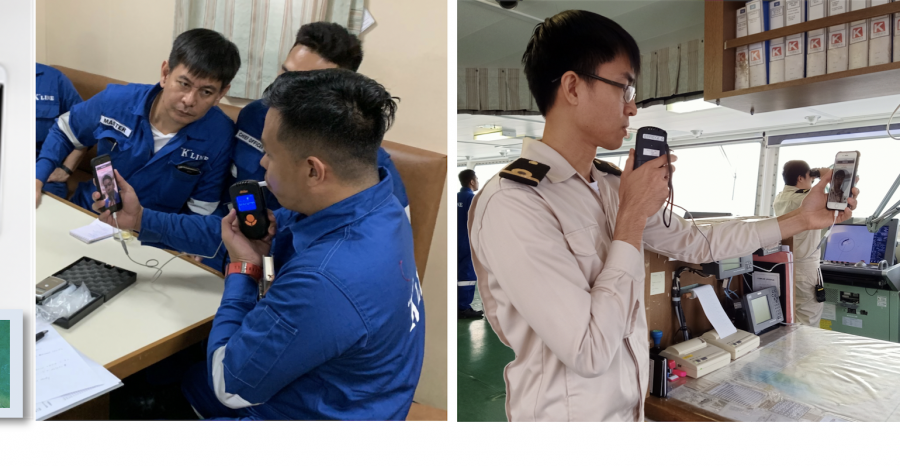 Catching the drunken sailor K Line introduces smartphone alcohol detector
Nov 28, 2019
Japan’s K Line has taken an innovative step in further addressing control of alcohol onboard its ships with the installation of an...

K Line joins Getting to Zero coalition
Nov 04, 2019
Japanese shipowner K Line has joined the ‘Getting to Zero’ coalition that aims to help drive decarbonisation of...

K Line aims to use AI to forecast shipping markets
Oct 08, 2019
Predicting shipping markets is not an easy task – how often do analysts get it right? In an effort to improve its ability to forecast the market K Line is researching the use of artificial intelligence (AI).

K Line sailing forward with Airseas
Jun 07, 2019
Japanese shipowner K Line is installing as an Airseas kite on the front of one its bulk carriers with an aim of 20% reduction...

ONE is one
Apr 01, 2019
Ocean Network Express (ONE), the container line joint venture between NYK, Mitsui OSK Lines, and K Line, marked its first birthday on Monday.

K Line announces new top management from April 2019
Dec 21, 2018
New management will take the helm at Japanese shipowner K Line at the start of April next year as the company celebrates its 100th anniversary.