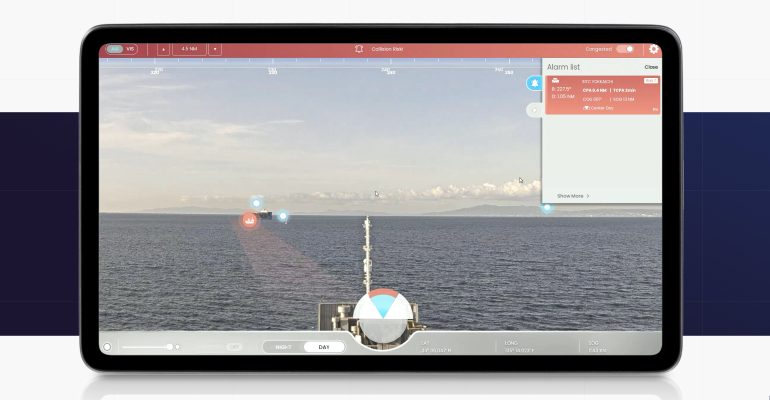 NYK and MTI have installed an Orca AI Automatic Ship Target Recognition System onto an NYK Group ship to carry out research on autonomous operations.

A trial aboard the vessel began on August 30 and will assess the ability of Orca’s AI navigation and collision avoidance system to recognise dangerous targets and other vessels that may be hidden to the naked eye. Using vision sensors, thermal cameras and AI-backed algorithms, the system is expected to be especially effective at night and in congested waters.

The trial will verify whether the system can improve operational safety by automatically recognising dangerous objects. Trial data will also be used to refine the target detection algorithm and improve the recognition rate.

As well as helping to improve visibility, the new lookout support system will help prevent human errors and give crews better information on which to base their decisions. By adding to the navigator’s toolbox of binoculars and systems like radar, it is hoped the system will improve safety at sea and reduce the number of accidents caused by a lack of situational awareness and visibility.

Cameras operating day and night will automatically recognise targets including some invisible to radar and without AIS markers like fishing vessels and small markers. Distances to targets will be measured and information such as vessel names applied with the ability to overlay the information on displays and provide alerts and warnings where necessary.

The companies said the trial will bring them closer to the creation of autonomous cargo ships.

Mr. Yarden Gross, CEO, and co-founder of Orca AI said: “By adopting an Automatic Ship Target Recognition System and embracing technology, we can create a connected maritime industry that is able to protect crew and cargo by identifying risks straight away.