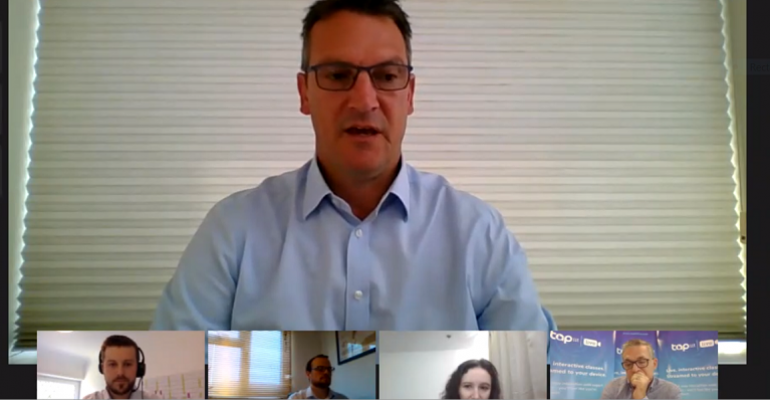 The crew change crisis was in the spotlight at the Seatrade Shiptech webinar on ‘Crew Welfare and the Skills Challenge’, and how technology can alleviate mental issues for seafarers who remain stuck on their vessels.

David Appleton, professional & technical officer, Nautilus told the webinar, which is part of Digital Maritime Week, that the crew change issue with Covid-19 restrictions had brought to the fore where seafarers come on the list of priorities.

Appleton noted that there were discussions in the UK on the tourist industry and helping people take holidays. “But we’ve still got these seafarers stuck at sea with no end in sight and no idea when they will get home. If this was any other profession we feel they’d be much higher up the list of priorities.”

A particular area of concern is the continued extension of Seafarer Employment Agreements (SEAs) with Panama now allowing extensions up to 17 months.

Cameron Mitchell, director, Isle of Man Ship Registry said: “Extension of SEAs is becoming a real concern for us, I am sure it is for everybody, we need to get seafarers repatriated and we need to get them home.”

Appleton noted that extensions of SEAs meant that seafarers were not eligible for crew change in places where it is allowed such as Singapore, as one of the conditions is the expiry of the agreement.

Mitchell commented: “Interestingly we’ve had companies contact us where seafarers won’t sign an extension to their SEA from a ship registry point of view that is absolutely fine it’s the seafarers right to do. It’s up to the company to make the necessary arrangements to get those seafarers home.”

However, despite pressure from the industry and IMO there does not appear to be any immediate resolution to the crew change crisis.

“Until governments accept that this is a crisis in the making, we just can’t move forward quickly enough unfortunately,” Mitchell said.

Given this situation moderator, Nick Chubb, founder & director, Theitus, asked the panel what could be done to alleviate the mental health issues being faced by seafarers stuck on vessels with no idea when they would get home to see their families.

Richard Turner, ceo of Tapitt, said, “Communication are absolutely key right now to keep those communications open and to hopefully increase it and allow people to make these calls and connections to families back home.”

This need for communications is being seen by provider Inmarsat. Clara Wahnich, digital innovations partnership lead for Inmarsat, said: “Unsurprisingly what we are seeing is this enhanced need for connectivity as the seafarers spend more time away from their family but also combined with the uncertainty around Covid-19.

“From end Feb – end May we’ve seen a 30% increase in our data volume, but we also see the shipping companies trying to address this demand for more connectivity for the crew.”

Demonstrating that need for communication the average voice call is now one and half minutes longer than in 2019.

Turner highlighted they were now seeing serious mental issues for seafarers and these can be helped through providing activities for the crew through live streaming.

“What Tapitt is trying to do is alleviate some of those issues by giving them better welfare onboard on the ship. We’re live streaming exercise classes, yoga meditation classes, stress management classes live to ships. It gets them out of the cabins, takes them into mess rooms and the gyms.”

He sees it as a holistic approach: “There is misconception that mental health is just the mind, its actually about mind, body and soul.”