Lack of standardisation hampers shipping learning from aviation on technology 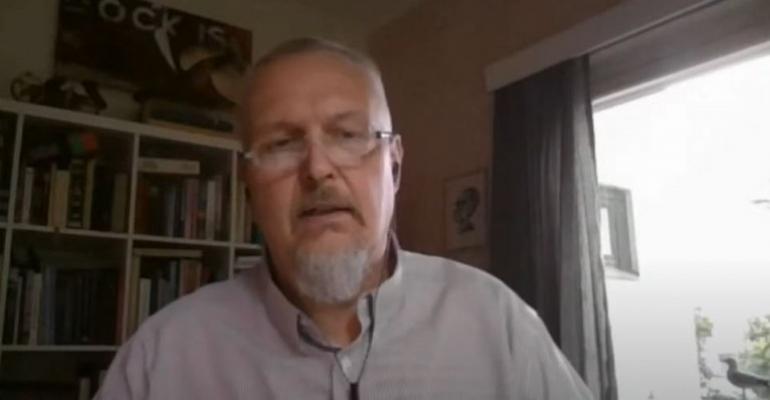 Eero Lehtovaara, Head of Regulatory & Public Affairs ABB Marine & Ports and Chairman One Sea
The comparison between shipping and aviation is one that is often made operationally, usually with the view that ships have much they can learn from their aeronautical counterparts.

When Seatrade Maritime News Correspondent, Paul Bartlett, put the question of whether shipping can learn from aviation in terms of the application of technology in a webinar this week, Eero Lehtovaara, Head of Regulatory & Public Affairs ABB Marine & Ports and Chairman One Sea, highlighted the lack of standardisation in maritime even among ships built in the same series.

“I absolutely hate the comparison to the aviation when we talk about technology,” he told the audience at the Seatrade Maritime News Virtual - Marine Insurance: Are the Business Models Still Fit for Purpose? Webinar.

Related: Data standards a boon for some, a threat for others

Mainstream aviation has just two major manufacturers Boeing and Airbus, a small number of engine makers, and one international association – IATA – that looks at rules for the industry.

“One of the key things of aviation is the airplane is a product, there is absolutely almost no variation, apart from maybe the fuselage colour, between two airplanes,” Lehtovaara said.

This means a pilot getting onboard, for example, an Airbus A320 will automatically know where different control panels and switches are located, but it is a very different story for a ship’s bridge.

“With very few exceptions of some very late model tonnage there are no sisterships per se almost every ship is different. They are individual single projects they might be on a large ship, even when they are sisterships, there might be hundreds of thousands of components that are not the same,” he explained.

However, Lehtovaara said that shipping did need to have more standardisation of its systems. It would be nice to agree that we could get one switch that would take care of all of the illumination of the components we have onboard instead of having 50 different types [of switch]. In terms of standardisation for technology shipping still had a long way to go.