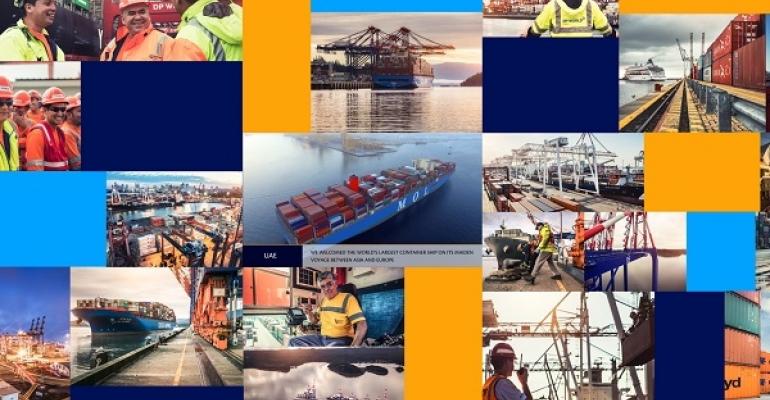 DP World is on track to see 10% volume growth in 2017 while positioning itself well for the future with investments of over $1bn over the course of the year.

The global port operator said in a press release that growing global trade opportunities, diversifying its business across the supply chain and exploring smart innovation technologies were key elements of its activities during the year.

“The recovery of global trade in 2017 has been stronger than expected and we are pleased to have outperformed market growth once again. We are on course to deliver approximately 10% growth in gross volumes for 2017, and look forward to continued growth in 2018,” said group chairman and ceo Sultan Ahmed Bin Sulayem.

“Notable landmarks included strengthening our partnerships in Brazil, Ecuador, Kazakhstan, Cyprus, Somaliland, India, Egypt and Mali with a range of infrastructure investments to enable global trade and connect countries to international markets. This was coupled with a series of acquisitions such as the inclusion of Dubai Maritime City and Drydocks World to the Group’s operations, expanding our service offering to customers. We have also stepped up container handling productivity at our flagship Jebel Ali Port, by adding 1.5m teu to Container Terminal 3 (T3),” he added.

“All of this happened (against) a backdrop of continued revenue growth, proof that we have a robust portfolio of businesses and a successful strategy to ensure the sustainable growth of our company,” said Bin Sulayem.

Notable investments during the year included the $180m deal to acquire Dubai Maritime City (DMC) owner Maritime World and the takeover of Drydocks World (Drydocks) through a capital injection of $225m. The combination of both acquisitions will cost the group $405m.

Key events during the year include signing a Memorandum of Understanding (MoU) with the National Investment and Infrastructure Fund (NIIF) to develop the logistics sector in India in May.

The group also began operations at its 30-year port concession for the management and development of a multi-purpose port project at Berbera in Somaliland in March. In addition DP World will go on to develop a greenfield economic free zone in Somaliland to complement the development of the port, which has seen record container volumes under its management.

Other key developments included the acquisition, through its P&O Maritime unit, of Spanish maritime services company Reyser (Remolquesy Servicios Maritimos) and the signing of two MoUs with the Kazakhstan government for the development of a Port Community System (PCS) and to integrate customs processes in June.

DP World has also been active in emerging markets such as South America where in August it marked the start of construction of its greenfield multi-purpose port project at Posorja, Ecuador. It had won a 50-year concession to build a 750,000 teu container terminal in 2016.

In Africa, DP World signed a partnership agreement with the Suez Canal Authority and Suez Canal Economic Zone (SCZone) to develop an integrated industrial and residential zone at Sokhna in Egypt.

Meanwhile, at the operational level, DP World sealed the business of major liner alliance THE Alliance, which announced in March, ahead of the major routing realignments in April 2017, that all its mainline UK calls would be handled by DP World’s ports at Southampton and London Gateway.

In April, DP World achieved a first on its intermodal rail network when the first ever UK to China export train departed from DP World London Gateway’s state-of-the-art rail terminal bound for Yiwu in Zhejiang Province in eastern China.

The expansion project at Prince Rupert in Canada also opened for business and the year also saw the consolidation of Busan in South Korea.